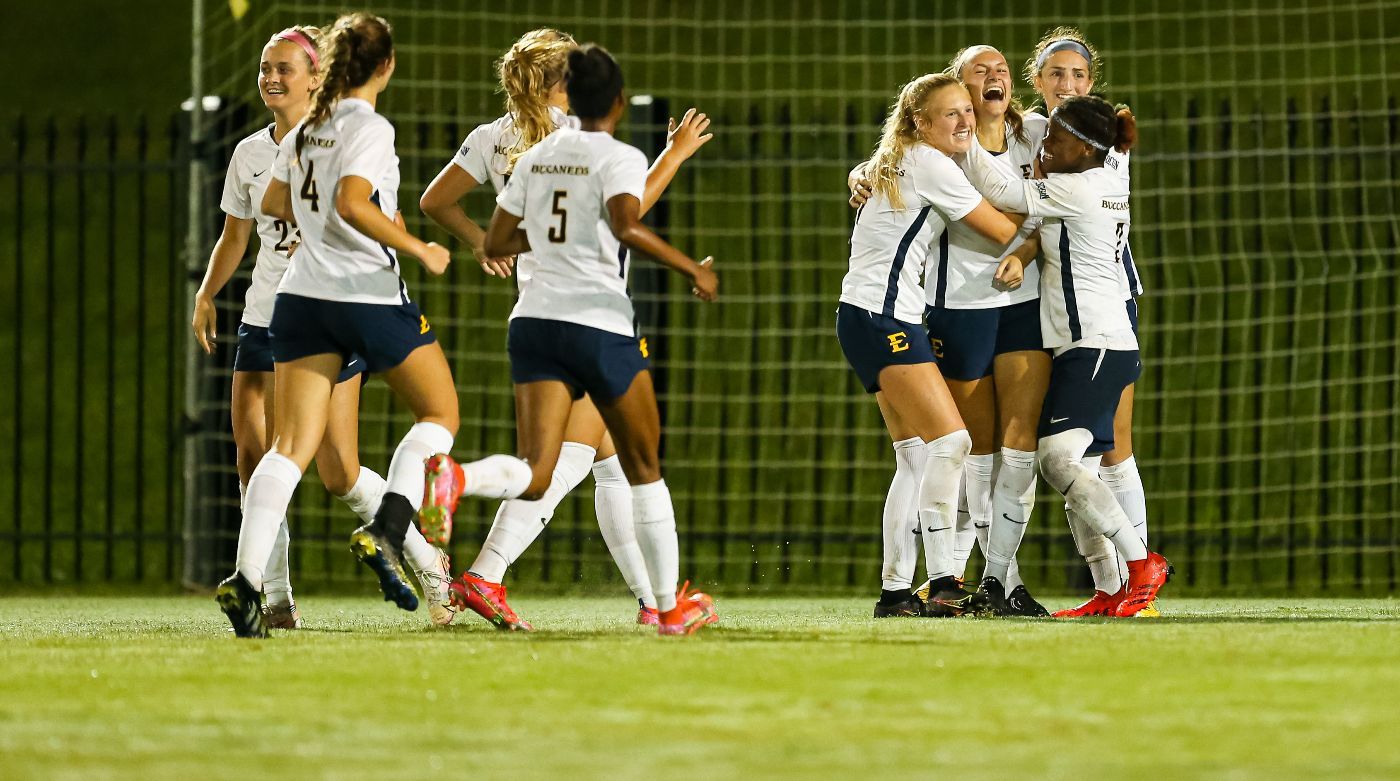 Nehls finds back of the net in the 63rd minute, Ohba tallies sixth clean sheet of the season

After having Friday’s game postponed due to unplayable conditions and having to sit around for the late start on Saturday, the Buccaneers made the most of their opportunity.

Highlighted by Jocelyn Nehls (New Richmond, Ohio) first goal of the year in the 63rd minute and Shu Ohba (Fujisawa, Japan) registering her sixth clean sheet of the season, the Blue and Gold secured three points with a 1-0 win over Western Carolina from Summers-Taylor Stadium.

The Bucs snapped a two-game skid over the Catamounts and moved the all-time series to 9-8-2.

Jocelyn Nehls picked the perfect time to net her first goal of the campaign as Sinoxolo Cesane (Capetown, South Africa) assisted on the score in the 63rd minute. Cesane’s delivery was spot on as Nehls sprinted past the Catamount defense to set up a 1-on-1 situation. With the ball heading near the end line, Nehls, slid to get a strike on the ball with Western Carolina’s Abbie Wise making a last-ditch effort on the play. With both players sliding towards the ball, Nehls’ strike headed to the lower right corner of the net for the only goal of the contest.

The goal was Nehls’ first since grabbing the opening score against Chattanooga this past spring.

Both teams opened the game with a shot on goal in the opening 10-plus minutes, but Western Carolina doubled up the Blue and Gold in shots in the first half, 10-5. The Catamounts put four shots on net in the opening 45 minutes but Ohba was a wall and kept the visitors from Cullowhee off the board.

The Catamounts threatened in the early stages of the second half as Kirsten Hahn had a breakaway opportunity in the 51st minute, but her strike went straight towards Ohba for the save.

Then 12 minutes later, ETSU took advantage of its lone chance of the stanza when Cesane fed Nehls for the goal, giving the Bucs the 1-0 lead.

Western Carolina didn’t go down without a fight as they had four shots in the final 18 minutes, but Ohba flexed her muscle and made stop after stop. In the 78th minute Ohba got a fingertip on a high shot from Kennedy Capps, resulting in a corner kick, while Katelyn Gailbraith’s opportunity in the final minute hit the left post. The Catamounts had one last chance with 18 seconds remaining when Jenna Brown (Claremore, Okla.) was given a yellow card, but Western Carolina couldn’t capitalize and the Bucs cleared the ball to secure the pivotal home win.

ETSU won the corner kicks, 5-2, while the Catamounts were called for nine fouls compared to five by the Bucs.

The Bucs wrap up their homestand next weekend when ETSU hosts Chattanooga Friday night at 7 p.m. and league-leading Samford Sunday at 2 p.m.