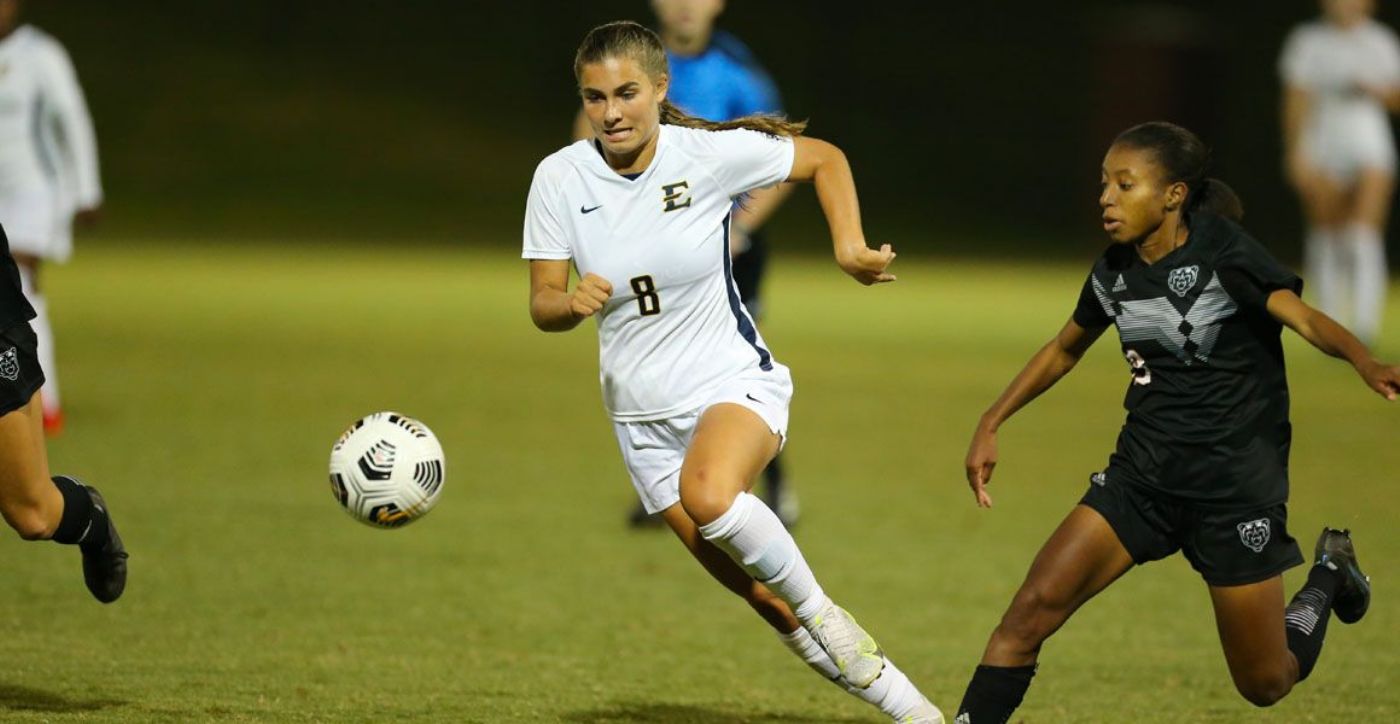 JOHNSON CITY, Tenn. (Oct. 15, 2021) – Coming off a thrilling 1-0 win over Western Carolina last weekend at home, the ETSU women’s soccer team looked to build upon its momentum. Unfortunately, the Bucs couldn’t string together a second straight win as they suffered a 1-0 setback to Chattanooga on Friday night inside Summers-Taylor Stadium.

Chattanooga posted its second straight win en route to improving to 6-8-2 and 3-3-1.

The lone goal was scored by the Mocs in the 44th minute when Faith Gober delivered a pass to Mackenize Smith and the Chattanooga midfielder had a 1-on-1 opportunity with Shu Ohba (Fujisawa, Japan.). However, after making three saves earlier in the frame, the reigning SoCon Defensive Player of the Week couldn’t get a piece of the shot, resulting in Smith’s second goal of the year.

Ohba tallied five saves, while Abbey Saddler – who recorded her sixth shutout of the year – stopped four ETSU shots on target … Ohba saw her record move to 5-4-3 and Saddler improved to 4-8-2.

The Bucs tested Saddler early when Andjela Kricak (Krusevac, Serbia) put one on goal in the fourth minute, while ETSU’s other strong looks came within a four-minute stretch in the second half. Sydney Somogyi (Germantown, Tenn.), Katie Philips (Tega Cay, S.C.) and Nele Bauer (Bammental, Germany) all tested the Chattanooga keeper from the 53rd minute to the 57th but Saddler came up big on all three chances.

Smith and Samantha Shaw accounted for 11 of the Mocs’ 18 shots with Shaw leading all players with six, three coming on goal … Bauer was the lone Buc with multiple shots as she tallied two.

Both teams registered three corner kicks each and combined for 13 fouls … ETSU had eight, including the lone yellow card of the match.

ETSU concludes its home portion of the regular season Sunday afternoon when the Bucs host league-leading Samford at 2 p.m.