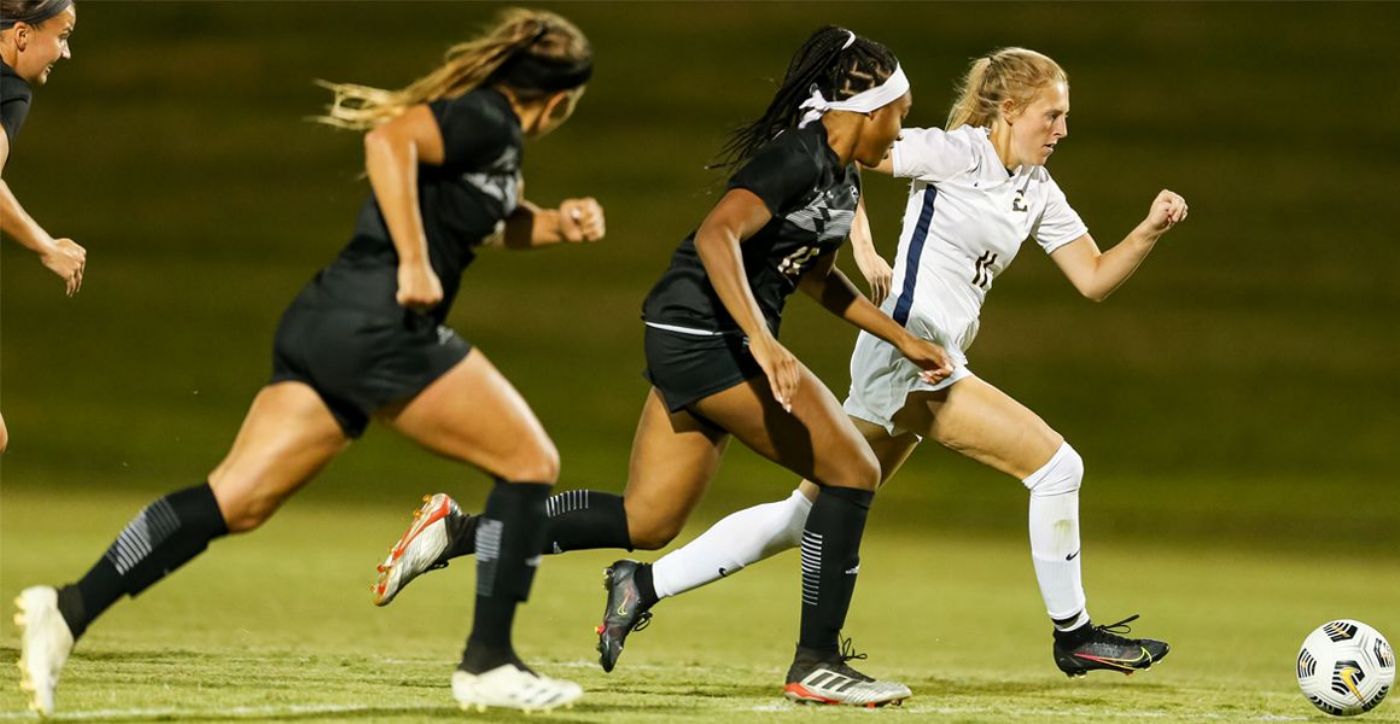 ETSU dropped its second straight match and moved to 5-5-3 overall and 2-4-1 in conference play.

Samford kept its unblemished conference record intact as they are now 8-0 in SoCon play and 11-3-2 overall.

The Bulldogs struck first in the 21st minute when Samford sent a cross into the box, and after the ball hit off a Buccaneer defender, Taylor Yount came away with the 50/50 ball, which she fired one into the bottom right corner of the net, making it a 1-0 score.

Samford added to its lead late in the half when Nikki Bario’s goal from Zoe Perrin just inched through the top of the net, extending the Bulldogs’ lead to 2-0 in the 42nd minute.

Samford outshot ETSU, 10-6, with seven of those shots coming in the first half. The Bucs’ lone shot in the opening 45 minutes was an outstanding look when Katie Philips (Tega Cay, S.C.) fired an open shot to the right post 10 minutes into the contest, but Samford’s Morgan McAslan made a diving save to keep the game scoreless.

The Bucs outshot Samford, 5-3, in the second half as ETSU came out attacking in the early stages of the stanza. Three of those shots came in the opening 10 minutes as Philips, Nele Bauer (Bammental, Germany) and Sinoxolo Cesane (Capetown, South Africa) all registered looks but came away empty.

Shu Ohba (Fujisawa, Japan) made two of her three saves in the second half, while McAslan stopped all three shots that came her way for her seventh shutout of the season.

The Bulldogs held the upper hand in corner kicks, 9-3, while fouls were nearly even with ETSU committing 13 to Samford’s 11.

ETSU wraps up regular season play on the road starting Friday night at UNCG. Kickoff is set for 7 p.m.