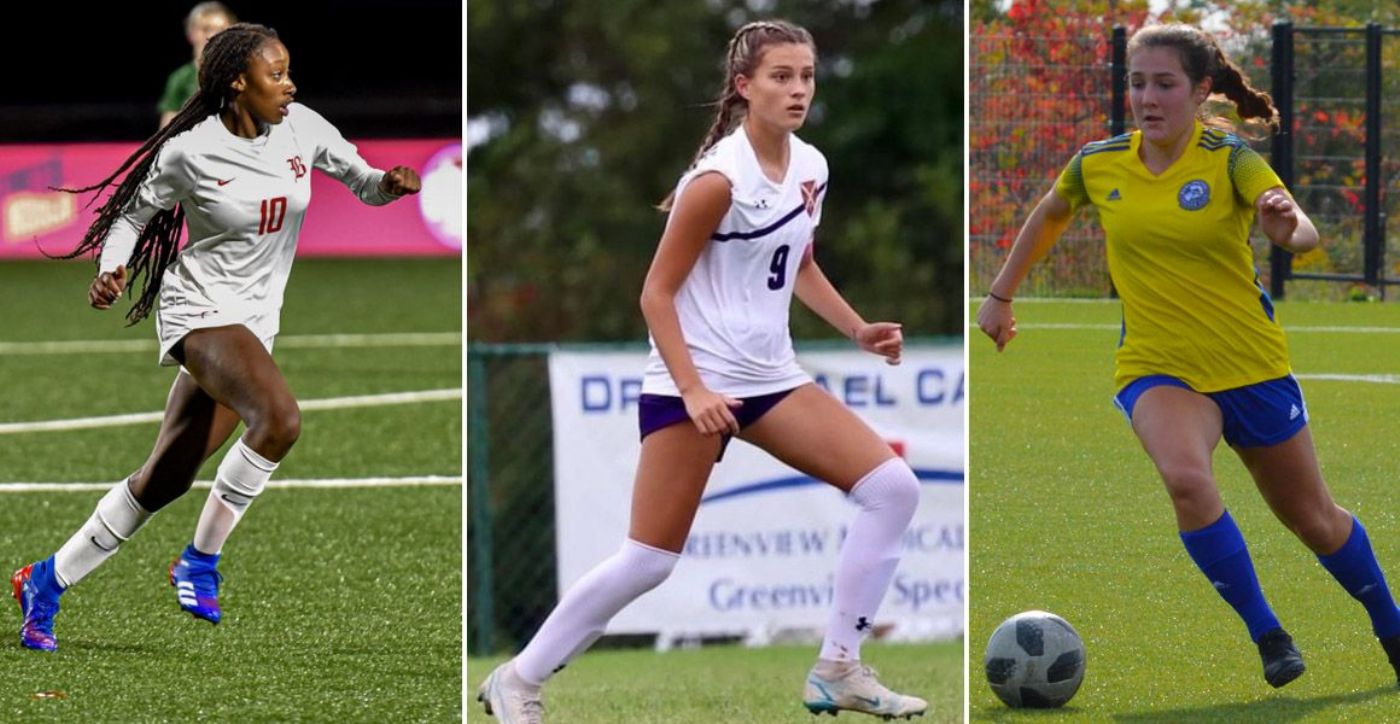 JOHNSON CITY, Tenn. (Nov. 11, 2021) – Coming off a fall campaign where team and individual records were set, ETSU women’s soccer head coach Jay Yelton and his staff added to the Buccaneer roster as they announced the signing of three players on Thursday.

“We are excited about the quality of players that we have added with this group,” said Yelton. “I believe that all three can contribute immediately. Their past success and high level of play should have them ready to step into our training in the fall. We expect them to increase the competitive nature of our practice and give the team another lift in the right direction.”

“Natalie is an excellent addition to our squad. She is a very skilled and composed central midfielder who possesses great vision. I have been very impressed by the strides Natalie has made in her game over the last year that we have been watching her, and we certainly believe that her best soccer is still in front of her. Natalie’s drive and ambition to be the best player she can be is always a quality we are looking for, and I believe she will fit in nicely with our team.”

Natalie on Signing with ETSU…

“I chose ETSU because of the strong connection I felt with coaches Jay and Matt Yelton, and because of their future plans for the program. They have created a fiercely competitive, talented and supportive team where I feel I will thrive. ETSU has a strong community vibe and seeing support for the school and all its teams throughout Johnson City helped me feel like it was where I belonged.”

“Aliya was one of the first 2022’s we identified in the recruiting process, and we are certainly glad she has chosen to join us in Johnson City. Aliya is a player who can play in a lot of different roles, and we certainly love her versatility. She is a very diligent player and always looks to bring her best in every opportunity she has to play. She can play as an outside back or as a wide attacking player, but we know that ultimately she is going to compete and be another player who loves to have the opportunity to represent ETSU as best she can.”

Aliya on Signing with ETSU…

“I felt that ETSU was the right fit for me both academically and athletically. I want to become a better player by learning from coaches and my teammates.”

“With Kinsten, we believe we are getting one of the top defenders in the state to join us next fall. She has had a high level of success with every team she has been a part of and knows what it feels like to be a part of championship-level teams. I think one of the most impressive parts of Kinsten’s game is how composed she is, as she reads the game very well, has excellent defensive positioning, and knows how to build the attack from her defensive role. She is comfortable playing in any position across the back line, and we look for her to contribute to what is already a powerful part of our team at ETSU.”

Kinsten on Signing with ETSU…

“I love the atmosphere in Johnson City, my future teammates and the coaching staff. I want to make a big impact each time I step on the field and be a great teammate.”