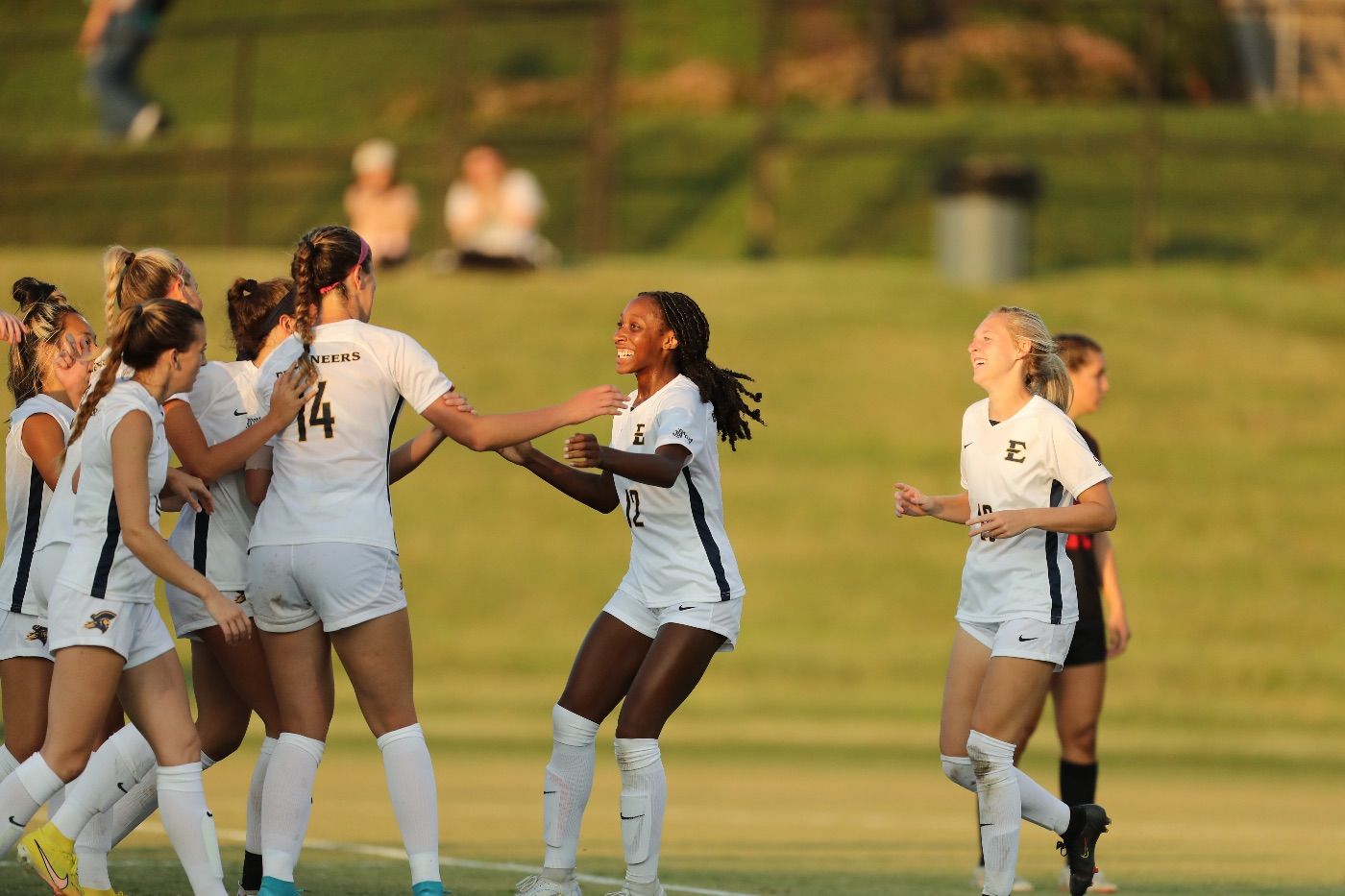 Bucs battle back from two goals down at halftime; Force draw with Gardner-Webb
Gardner-Webb at ETSU | August 18, 2022
Related Links

JOHNSON CITY, Tenn. (Aug. 18, 2022) – In a Thursday night season-opening match-up, the ETSU women’s soccer team was held scoreless in the first half; however, scored two late goals to comeback and force a 2-2 draw against Gardner-Webb in front of 2,022 fans inside Summers-Taylor Stadium. Freshman defender, Aliyah Cooper (Chattanooga, Tenn.) netted her first collegiate goal to open the 2022 goal tally for the Buccaneers. A solo run by junior forward, Emma Arnold (Bristol, Tenn.) knotted the game in the 80th minute.

The Runnin’ Bulldogs scored their first two goals of the season in the span of three minutes. The first goal for Gardner-Webb came near the 30 minute-mark from their sophomore substitute Livi Tanzer, who was assisted by Klara Ovefelt. Only two minutes later the Runnin’ Bulldogs earned a corner kick. Sophomore midfielder, Carina Leal took the corner and found the freshman, Rebecka Hemlin in the midst of Buccaneer players to score her first collegiate goal.

The Buccaneers waited until the 71st minute to score their first goal. Freshman defender Aliyah Cooper (Chattanooga, Tenn.) scored off a mishandled shot by the goalkeeper to open her collegiate scoring account. Nearly 10 minutes later, Emma Arnold (Bristol, Tenn.) dribbled past a few defenders down the left-hand side and slotted a shot past the keeper to tie the game at two.

Gardner-Webb opened the game by forcing a save from ETSU goalkeeper, Ashton Blair (Knoxville, Tenn.) in the first minute of the game. The next five minutes were filled with a constant attack by the Runnin’ Bulldogs with four consecutive shots, only one being on goal. A pair of corners and a few shots later, the Runnin’ Bulldogs scored their first goal of the season off a cross from Klara Ovefelt. Ovefelt found Livi Tanzer who tapped in her first goal of the season. The following corner kick for Gardner-Webb is what opened the score 2-0. Carina Leal found Rebecka Hemilm on the end of her cross after the ball bounced in the box to net her first collegiate goal, coming off the bench.

Heading into the half, the Buccaneers trialed by two goals. To open the second half the Blue and Gold had the first shot, but it was just missed high off the foot of freshman, Natalie Capanelli (Ontario, Canada). Finding their rhythm as the half progressed, the Buccaneers forced three saves from the Gardner-Webb goalkeeper. The home team recorded 12 of their 16 shots in the second half feeding off the energy from the crowd. In her first collegiate game, Aliyah Cooper (Chattanooga, Tenn.) did not shy away from the spotlight as she hustled to score her first goal. Following a rebound and a mishandle by the goalkeeper, Cooper tapped in the first goal for the Blue and Gold.

Causing problems for Gardner-Webb, the Bucs drew a foul that led to the handing out of a yellow card to Carina Leal who stopped a counter attack. Only two minutes later Emma Arnold (Bristol, Tenn.) danced around a couple of defenders to give her space which led to slotting a shot past the keeper with 10 minutes remaining in the contest.

The Bucs start the first of five away from home on Sunday afternoon as they take on Liberty in a 1 p.m. kick, set to be broadcasted on ESPN+.