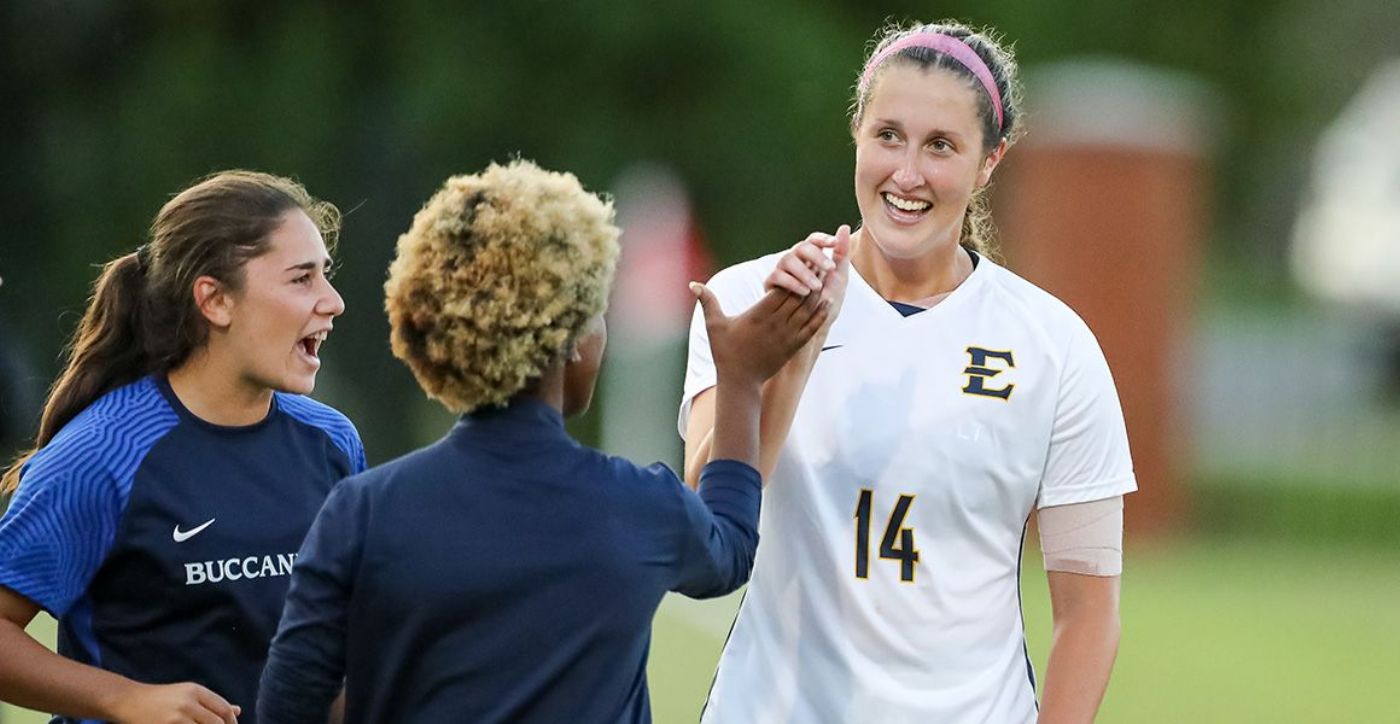 For the second time this season, Arnold found the back of the net as Nele Bauer (Bammental, Germany) assisted on the game-winner.

The goal came on a counter attack as Sarah Connolly (Ballygowan, Northern Ireland) won a ball at midfield and played a quick through ball to Bauer. From there, Bauer beat the Spartan defender to the end line where she pulled the ball across the goal and Arnold was there to smash it into the back of the net, sending the Buccaneers into a frenzy.

The goal came with less than 25 seconds remaining and ETSU secured the victory.

ETSU continues its five-game road swing with a trip to the Music City on Friday night to take on Vanderbilt … Kickoff is set for 8 p.m. ET.