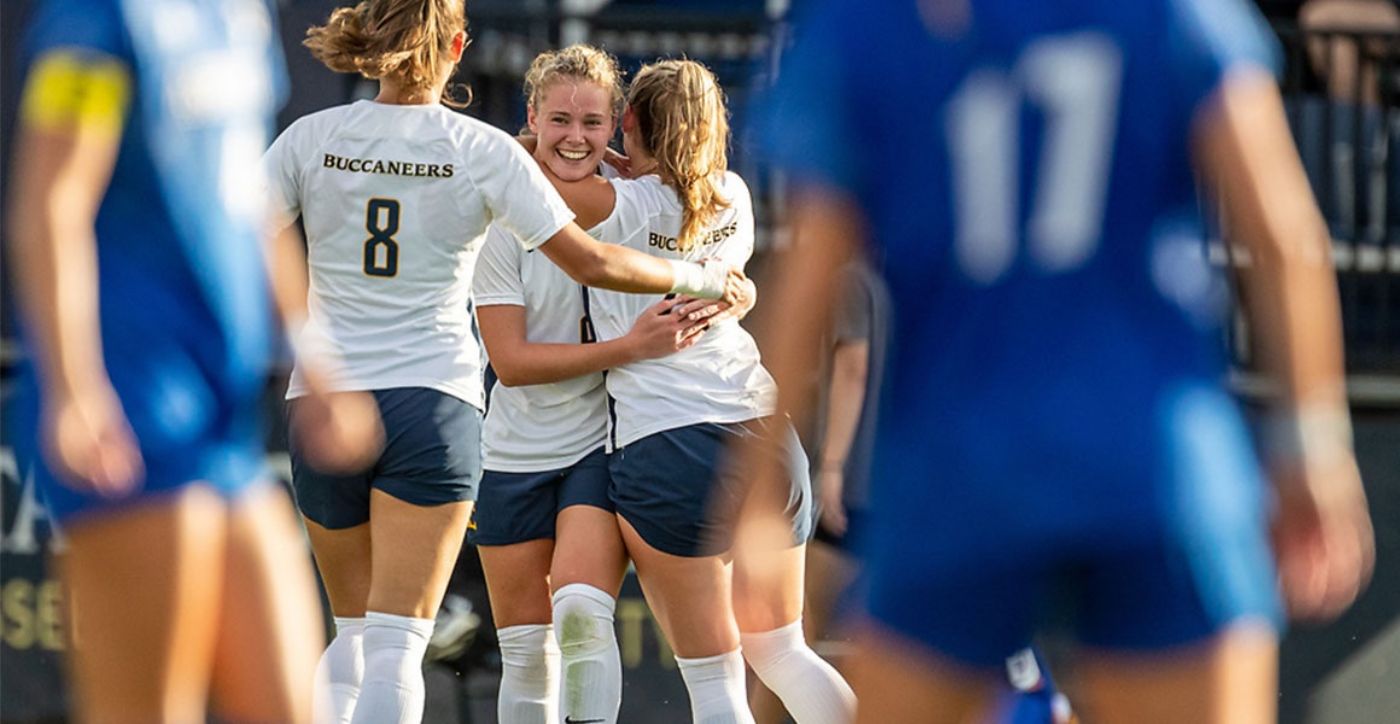 JOHNSON CITY, Tenn. (Sept. 11, 2022) – Sunday’s ETSU and UNC Asheville women’s soccer game was one minute away from becoming official, but then Mother Nature stepped in.

With the game tied at 1-1 in the 69th minute at ETSU’s Summers-Taylor Stadium, the teams were forced to clear a waterlogged pitch due to lightning. Following several delays, the game was officially cancelled, making it a “no contest.”

The Bucs jumped out to a 1-0 lead when Sarah Connolly (Ballygowan, Northern Ireland) – who was one of five seniors honored pregame for Senior Day – sent a strike to the bottom left corner of the net in the 16th minute. ETSU took the lead into halftime, but the Bulldogs found the equalizer in a monsoon as Solveig Schlitter scored in the 52nd minute.

When the game was called, they were at the 69:06 mark of the contest, but for the game to become official,l the teams had to get 70 complete minutes in. Both teams totaled 12 shots – seven in the first half and five in the second – while ETSU made four saves to UNCA’s three.

With the game being ruled a “no contest” stats for this game do not count under the season totals.

The Bucs return to action on Thursday when ETSU hosts Oklahoma at 6 p.m. inside Summers-Taylor Stadium.