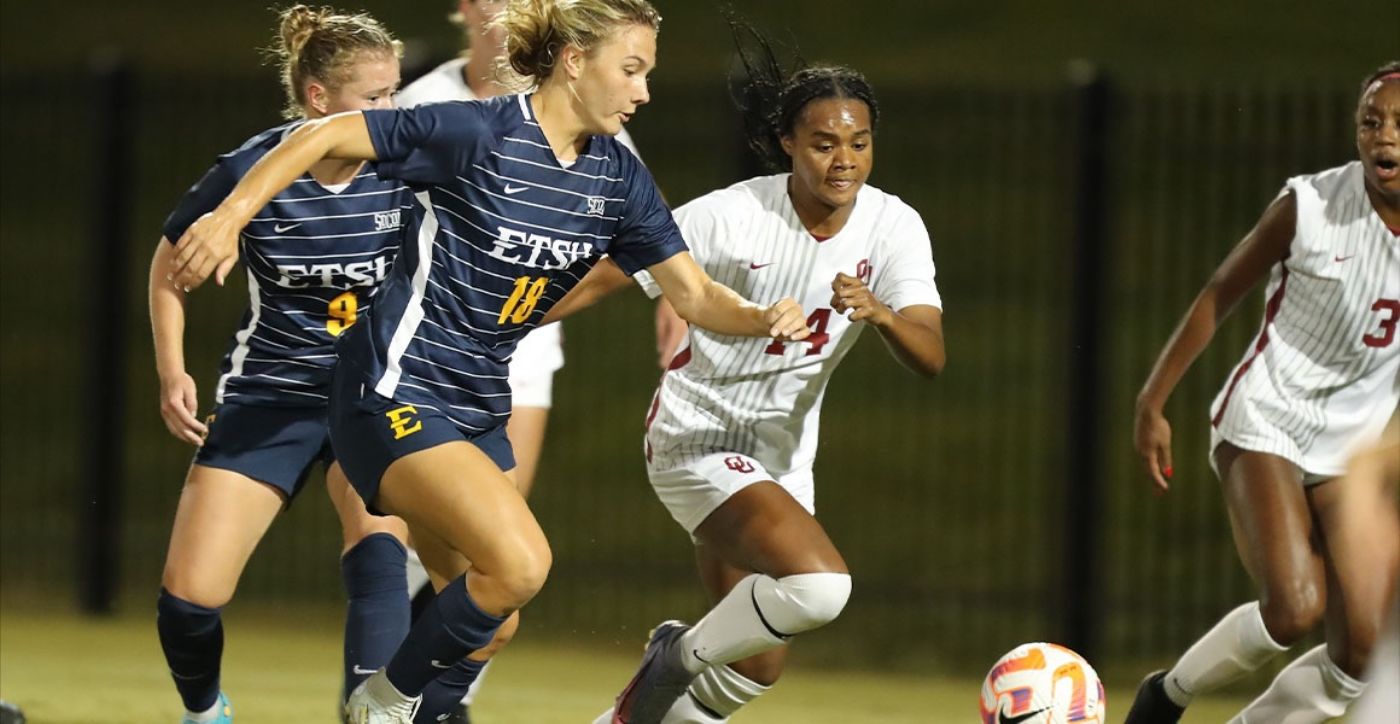 JOHNSON CITY, Tenn. (Sept. 15, 2022) – On Thursday night the ETSU women’s soccer team played its final non-conference game of the season, losing to Oklahoma 4-1. Hosting their second consecutive game, the Bucs scored a late goal in Summers-Taylor stadium to move to 2-3-2 on the season.

The Bucs will open conference play next Friday when they host Furman, set for a 6 p.m. kickoff.