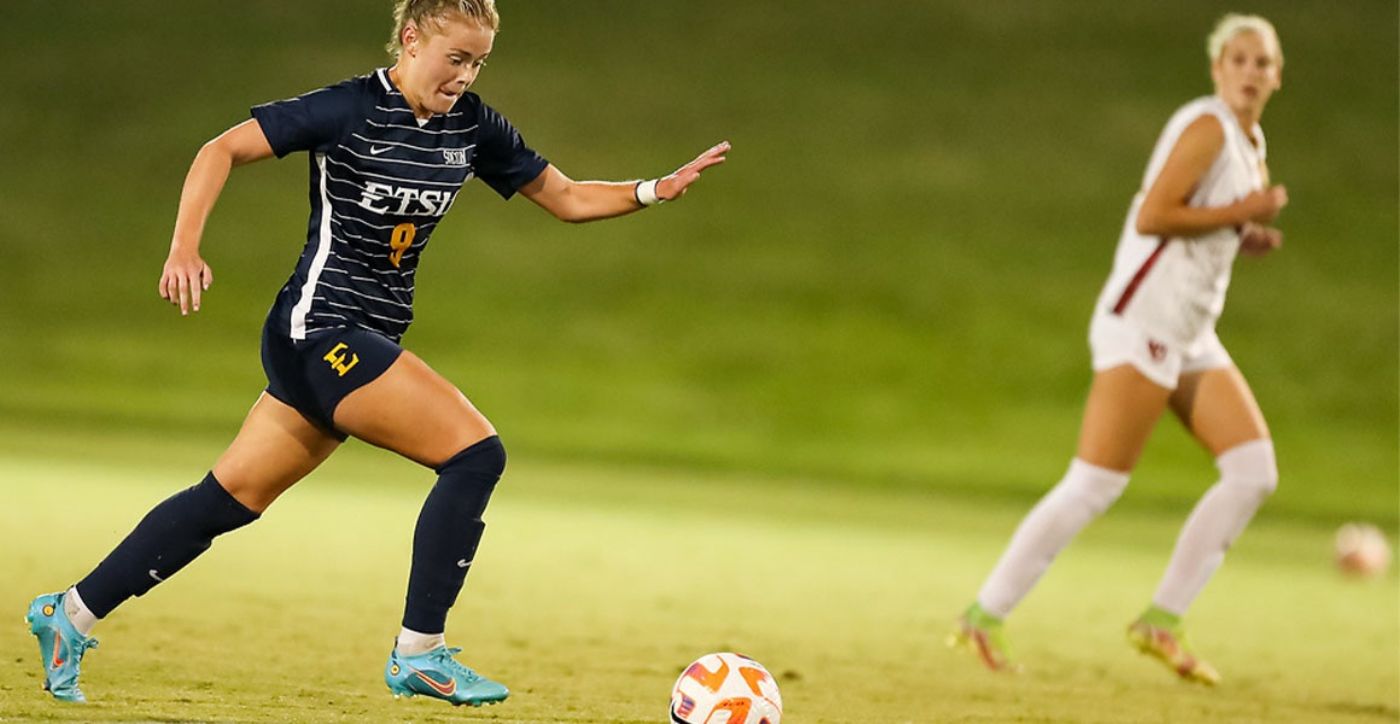 Bucs score in the 67th minute to force overtime

BIRMINGHAM, Ala. (Oct. 28, 2022) – On Friday night, the ETSU women’s soccer team went to the wire with the No. 3 seed Mercer in Birmingham, Ala., ending in a penalty shootout. The shootout went in favor of Mercer with the final tally ending 2-3.

The Bucs scored in the second half to tie the match, but after two scoreless overtime periods, the penalty spot was where the game was decided at Shauna Yelton Field.