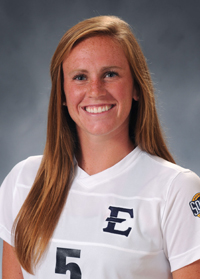 2013: Made six appearances... Was the first ever recipient of the State of Franklin Bank/ETSU Community Service Student-Athlete Award.