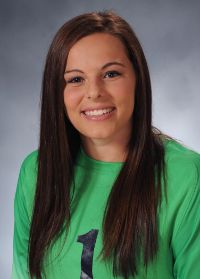 2013: Elliott was ETSU's minutes-played leader in goal, starting 10 games during her freshman campaign, recording a pair of shutouts.

Prior to ETSU: Elliott played for England's U17 national team, earning appearances in phase one and two of the European Championship qualifying stages. She has also played for the U19 team. At the club level, Elliott was a member of the Blackburn Rovers.