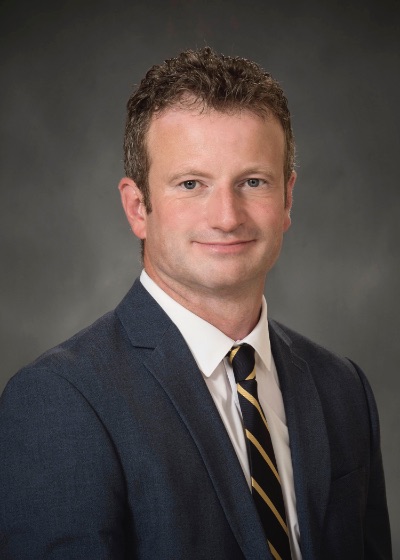 Adam Sayers will enter his ninth season as head coach of the ETSU women's soccer team in 2019 after being introduced on Jan. 28, 2011.

In 2018, Sayers became the all-time winningest coach in ETSU history with his 80th win, passing Heather Henson on Oct. 12, 2018. His all-time record is now 82-66-6, as he led the Bucs to a Southern Conference semifinal run in the 2018 campaign. Sayers also graduated 11 seniors from his 2018 squad, 10 of which were four-year members of the program.

Under Sayers, a number of all-time career records have been shattered at ETSU. In 2018 alone, three Buccaneers carved their names into the record book as Eleonora Goldoni became the all-time leading career goal scorer with 36 goals, Isabel Hodgson appeared in 78 career games to become the all-time leader in games played at ETSU and Lea Ann Cutshall became ETSU's all-time save leader with 227 career saves — including 114 in the 2018 season.

Through his first seven seasons as head coach of the Bucs, Sayers posted an overall mark of 74-54-6. In 2016, Sayers became the fastest coach in ETSU history to 60 career victories at ETSU.

During Sayers' tenure, ETSU has compiled an impressive 55-22-2 record inside Summers-Taylor Stadium and has produced three consecutive Atlantic Sun Players of the Year (2011 - Petersen, 2012 - Kerns 2013 - Zadrazil) along with the 2015 Southern Conference Player of the Year (Zadrazil).

2016 was a historic season under the leadership of Sayers as the Bucs went 13-6-2, 6-2-1 SoCon and earned a berth in the SoCon Tournament Championship game for the first time in school history. Under Sayers, ETSU went 10-1 at home during 2016, breaking the program record for most home victories in a season. It was the first of many records to fall under Sayers in 2016 as the Bucs broke the program record for most shutouts (8), most shutouts at home (7) and allowing the least amount of goals at home in program history.

In 2016, Sayers also coached six players to the SoCon All-Conference team, the most put on an all-conference team in program history.

During the 2014 season, Sayers helped ETSU to an 8-2 start, tied for the best start in program history and a program record six straight victories to open up the season. Sayers led the team to the SoCon Conference Tournament Semifinals for the first time in school history. It was also a record breaking year for the Bucs with Sayers at the helm, setting the program single-season record for goals (73), assists (73), points (219) and wins (15). ETSU led the NCAA in scoring, goals and assists.

In 2012, Sayers coached the Buccaneers to their second consecutive 12-win season, posting a 12-6-0 mark, including a record of 6-3-0 in conference play. The 12-win season is just the third in the program's 16-year history, with two coming under Sayers in his first two seasons. The Bucs boasted the nation's leading goal scorer in Ramey Kerns, and earned a No. 4 seed in the 2012 Atlantic Sun Tournament Championship for the right to host a postseason game for the first time in school history.

In his first year at ETSU, Sayers took the women's soccer program to never-before-seen heights. Sayers led the Bucs to a 12-5-1 (7-1-1 A-Sun) record en route to the program's first-ever share of the Atlantic Sun regular season championship. Through ETSU's championship campaign, the Bucs set the new program record for goals (43) and points (118) in a season, earning multiple postseason awards as Genna Petersen was named the program's first Atlantic Sun Player of the Year and Jenna Caudle was named Freshman of the Year. Coaching the Bucs to one of their most successful seasons in program history, including a No. 2 seed in the conference tournament, Sayers was voted A-Sun Coach of the Year.

Sayers came to Johnson City, Tenn. from the University of South Florida where he served as an assistant coach from 2009-10. As the top assistant for head coach Denise Schilte-Brown, Sayers helped guide the Bulls to 14 wins and the program’s first-ever NCAA Tournament appearance and win in 2010.

While at USF, Sayers oversaw many aspects of the women's soccer program, including all on-field physical training, fitness testing and monitoring, and recovery and regeneration strategies. He also contributed to the development and implementation of team tactics, video analysis and opponent breakdowns, along with other day-to-day operations.

Prior to USF, Sayers spent five seasons with the Middle Tennessee State soccer program – three years as a full-time assistant and two years as a graduate assistant. He was a part of five straight winning seasons at MTSU in which the Blue Raiders established numerous school records and won their first ever Sun Belt Championship in program history in 2004.

Sayers has a well documented recruiting pedigree. He was part of three consecutive signing classes (2006-08) rated among the Central Region's top 25 by Soccer Buzz, and was responsible for recruiting several players who went on to win conference, regional and national honors.

Sayers' first season as a full-time assistant at MTSU was a successful one as the Blue Raiders set the school record for wins (17) and also established new single-season marks for points, goals and assists. Middle Tennessee State finished the 2006 season ranked No. 3 nationally in scoring offense.

While at Middle Tennessee State, Sayers obtained a Ph.D. in Human Performance in December of 2006. He has presented his research on various physiological aspects of soccer at national and regional conventions, including the ACSM national meeting and NSCA National Sport-Specific Training Conference. He is also a published author in the field, contributing several soccer-related articles to peer-reviewed scientific journals, as well as several coaching journals and websites.

Before arriving at MTSU, Sayers served as a youth soccer coach with U.K. Elite Soccer in New Jersey. Before that Sayers spent two years as an assistant in football development with the Football Association of Wales. His duties included coaching in centers of development and centers of excellence for elite youth players and implementing soccer education programs in local schools.

Originally from Birmingham, England, Sayers attended Tusculum College in 1996, where he earned All-Region honors and was a member of the 1999 South Atlantic Conference championship team. He also achieved All-Tournament team honors at Tusculum. Sayers then went on to complete his master's degree at Eastern Kentucky University in 2001.

Sayers holds both the UEFA "A" Coaching License and the USSF "A" Coaching License. He is also an NSCAA qualified goalkeeper coach. In addition to his coaching qualifications, Sayers is an NSCA Certified Strength and Conditioning Specialist. He has served as a coach educator within the USSF Coach Education Program, instructing on the USSF "B" License, and also with Tennessee State Soccer Association, instructing on "D" and "E" Licenses. He is also an Olympic Development Program (ODP) state head coach.