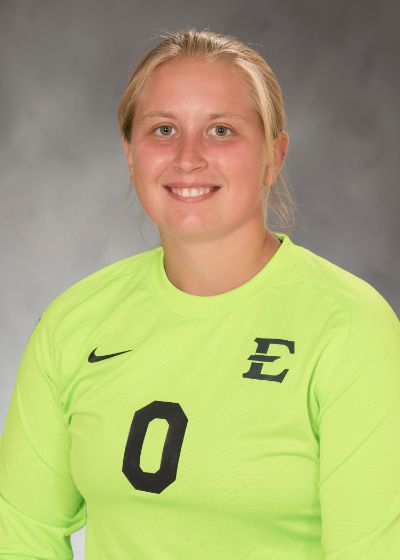 2018: Made her solo appearance in the senior night game against King College...played the final 7:38 minutes of the 3-1 victory.

2017: Appeared in two games, recording two saves for ETSU ... Subbed in at goalkeeper for the final 15:51 minutes versus South Carolina State in ETSU's home opener, preserving an 8-0 shutout.

2015: Made collegiate debut vs. The Citadel on October 11, recording four saves.

Prior to ETSU: A two-year letter winner under Brittney Streger at Collierville High School ... Recorded eight shutouts, helping lead Dragons to a 14-7 record and a berth in the TSSAA State final in 2014 ... part of CHS squad that reached TSSAA State quarterfinals in 2012.