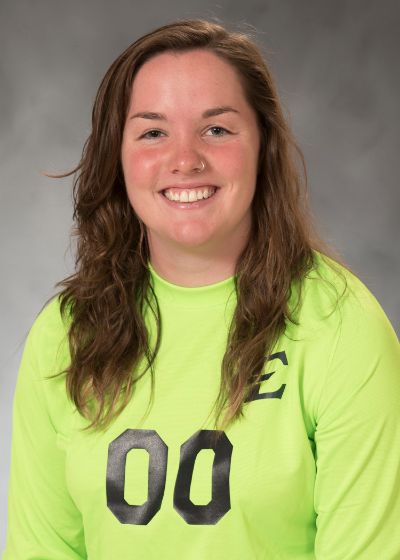 2018: Posted four shutouts, tying for fouth-best single-season mark in ETSU history while moving to second in career shutouts (12)...became one of only five Bucs to record 100+ saves in a season (114)...recorded a career-high 13 saves against Wofford on September 23...finished her career as the all-time ETSU leader in saves (227), second in wins (20), fourth in save percentage (.752) and sixth in goals against average (1.64)...made the SoCon All-Tournament Team as a senior...earned a place on the SoCon Fall Academic All-Conference Team.

2017: Posted five shutouts, tying ETSU's single-season record for shutouts ... set career-high of 10 saves in a single game three times, doing so in three consecutive matches versus Tennessee Tech on August 20, at Tennessee on August 24 and vs. Davidson on August 27 ... recorded 83 saves, tying for 7th-most in a single season ... finished season with eight career shutouts and 113 career saves, putting her third on ETSU's all-time list.

2015: Made collegiate debut in 4-2 victory over Eastern Kentucky on Sept. 2., playing the entire second half.