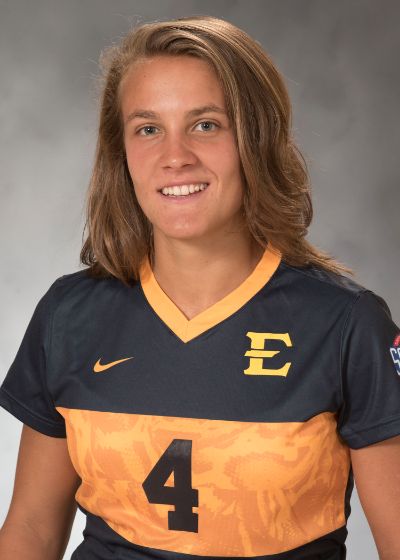 2019: A team captain in her senior season, Pisani started in all 20 matches for the Bucs…played a team-high 1,829 amongst outfield players, playing every minute in 16 contests…scored her only goal of the season by heading an equalizer against Gardner-Webb (Sept. 1) in a double-overtime draw…helped record five shutouts for the team…awarded a spot on the All-SoCon First Team…selection for the 2019 Fall Academic All-Conference Team...appeared on the SoCon Honor Roll...recipient of the Southern Conference Commissioner's Medal.

2018: Appeared in 18 matches with 17 starts ... Finished the season with three points, scoring her lone goal of the season at Mercer on Oct. 19 ... Assisted Isabel Hodgson on the game winning goal against USC Upstate with her header pass off a corner from Fiona Dodge, helping ETSU find its first win on Aug. 30 ... Ranked second on the team in minutes played among outfield players ... SoCon all-academic selection for Fall 2018 ... 2018-19 Southern Conference honor roll.

Prior to ETSU: Member of both Italy's U17 and U19 squads ... In two seasons with Italy's U19 team, made seven appearances and scored one goal ... Helped Italy U19 to a 2-0-1 overall record and joint top finish in Group 7 of UEFA U19 Championship Women Elite Qualifying Round ... Selected for Italy's U23 squad.

Personal: From Milan, Italy...daughter of Paolo and Roberta Bulgara...majoring in biomedical engineering.