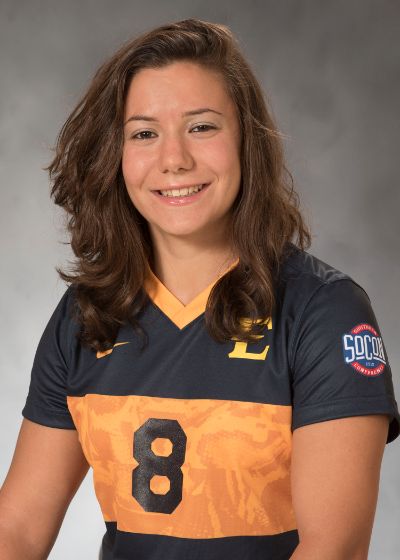 2019: After appearing of the bench the first two games, Abati started the final 18 contests for the Blue and Gold…recorded three goals on the season…scored her first goal against Navy (Sept. 6)…recorded the second goal of the game against Hampton (Sept. 18), proving to be the game-winner…grabbed the initial goal in a 2-1 defeat against Mercer (Oct. 18)…played all 110 minutes against VMI (Oct. 25), recording at least 90 minutes in 11 different contests…led the team in shots with 53…a 2019 Fall Academic All-Conference selection...appeared on the SoCon Honor Roll...recipient of the Southern Conference Commissioner's Medal.

Prior to ETSU: Attended Liceo Scientifico Arturo Tosi, a high school in Castellanza, Italy ... Played women's soccer in Serie B as a midfielder ... Also played on the Italian national team U17 and U19 squads.

Personal: From Castellanza, Vareze, Italy, just outside the city of Milan ... Daughter of Gianni Abati and Paola Colombo ... Majoring in Biomedical Engineering.