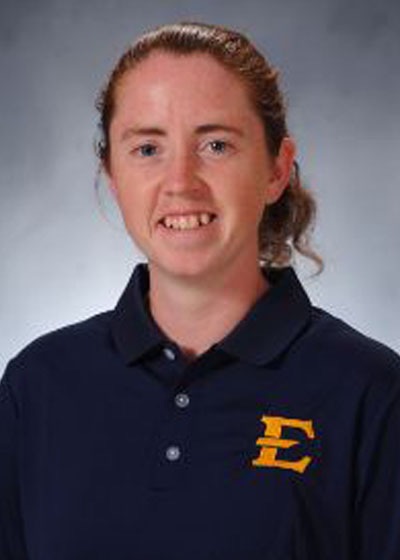 Joanne Spalding joined the ETSU coaching staff in 2014 after serving as an assistant coach at Averett University in Danville, Va., from 2008-13.

In her first season at ETSU, Spalding helped the Bucs to a 15-6 overall record including a 9-2 record in conference play. The 15 wins was the most in program history. Spalding assisted the Bucs offense that led the NCAA in scoring, goals and assists.

As an assistant at Averett, Spalding helped lead the Cougars to four consecutive seasons of 12 or more victories (2010-13). In 2010, Averett won a program-best 13 matches en route to advancing to the program's first ever USA South Conference Tournament championship game appearance. The Cougars bested that win total just one year later, posting a 14-3-1 mark, advancing to the conference semifinals. In 2012, Spalding was an integral part of Averett's first ever USA South Conference title, helping guide the Cougars to their first ever NCAA Tournament appearance.

A native of Erskine, Scotland, Spalding graduated with honors from Northeastern State University (Okla.) in 2008 with a degree in health and human performance, and a minor in psychology. Spalding earned her master of business degree from Averett in 2010.

Spalding enjoyed a successful playing career while at NSU, starting all four years, in addition to serving as team captain for two seasons. Prior to attending NSU, Spalding attended the National Women's Football Academy in Durham, England.