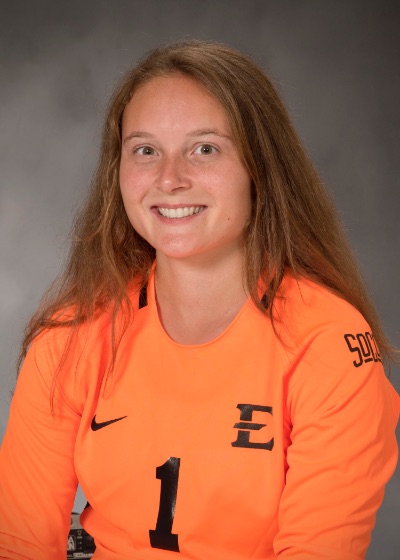 Prior to ETSU: Attended Down High School in Downpatrick, Northern Ireland, just outside Saintfield ... Starred on the Northern Ireland U15-U19 national teams in goal, recording three consecutive clean sheets for the U16 national team ... Was a member of the first Northern Ireland women's squad to play in a major tournament, as the 2017 Women's U19 UEFA Championship was held in her home country ... She was later called up to the senior national team in 2016 for the Istria Cup in Croatia ... Also played for the Crusaders Strikers in the women's premiership in Northern Ireland.

Personal: Born January 23, 1998 ... Originally from Ballynahinch, Down, Northern Ireland ... Daughter of Alan and Gillian McCaughtry ... Majoring in journalism ... Prior to pursuing her soccer career, Kirsty was heavily involved in cricket and was in contention for the Ireland squads.