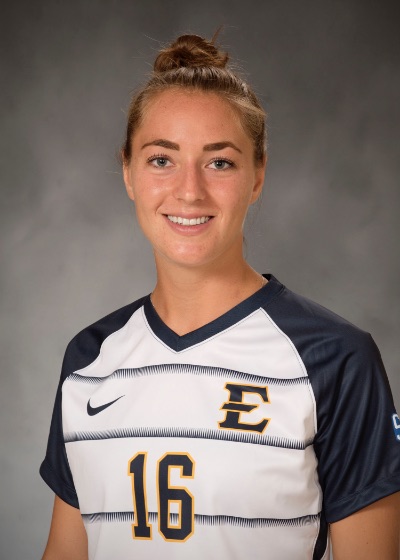 2018: Started in 18 of her 19 appearances, logging 1556 minutes on the year...did not record a shot on the season...a consistent member of the back line responsible for four clean sheets...selected to the SoCon Fall Academic All-Conference Team for her third consecutive season.

2017: Appeared in 15 matches, nine as a starter on the back line ... named to Southern Conference Fall Academic All-Conference Team for second straight season

Prior to ETSU: Played for IF Brommapojkarna since 2011 ... honored with team's Most Valuable Player award in 2011 ... part of 2014 Victoria Cup squad that outscored their opponents 11-2 ... before joining Brommapojkarna, played for Sodra Angby Skola