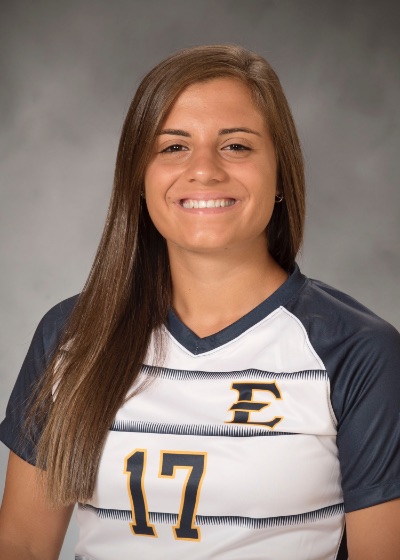 2020-21: Started in all eight matches on the season in her defensive role…took eight shots from her center back position, five of them on target…played in every minute of seven of the eight matches of the season, missing just 35 minutes on the year…took a season-high four shots in the season opener against Marshall (2/13/21)…named to the SoCon Honor Roll and to the SoCon All-Academic Team.

2019: Made 19 starts on 20 appearances for the Bucs, playing the majority of the season in defense…helped pitch five shutouts for the Bucs, playing at least 90 minutes on nine occasions…scored the game-winning goal off a free kick against The Citadel (Oct. 20), recording an assist in the game…recorded a 2019 Fall Academic All-Conference nomination...appeared on the SoCon Honor Roll...recipient of the Southern Conference Commissioner's Medal.

2018: Appeared in 16 games with seven starts ... Scored her lone goal of the season against King in a 6-1 victory in Johnson City ... Took 11 shots with eight shots on goal for a .727 shot on goal percentage ... Named to the Southern Conference all-academic team for Fall 2018 ... 2018-19 Southern Conference honor roll selection.

2017: Appeared in 16 matches, 11 as a starter ... Made collegiate debut and starting debut in 8-0 victory vs. South Carolina State on Aug. 18 ... Scored her first career goal and tallied her first career assist in a 3-0 conference victory vs. Chattanooga ... Took 10 shots with four on goal as a freshman ... 2017-18 Southern Conference honor roll selection.

Prior to ETSU: Played at Liceo Scientifico Lattanzio in Rome, Italy.

Personal: From Caserta, Italy...daughter of Nicola and Bianca...majoring in corporate finance.