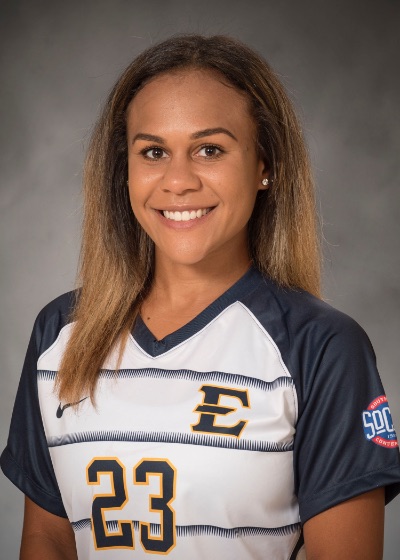 2019: Played and started in 19 of the 20 matches on the season, tallying 1,643 minutes over the campaign…played in 13 games of at least 90 minutes in the defensive back role, helping the Bucs to five clean sheets…earned a nod to the 2019 Fall Academic All-Conference Team...appeared on the SoCon Honor Roll.