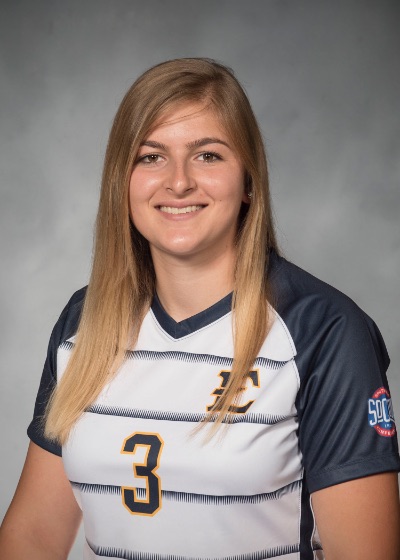 2019: Played an important role in the defense, making 18 starts and appearances in central defense for the Bucs...helped the Bucs to a 1.15 GAA average, including four shutouts on the year...credited with an assist against Delaware State (Sept. 8), her first career point...played a career-high 110 minutes on three separate occasions, last being against Chattanooga (Oct. 6)...a member of the 2019 Fall Academic All-Conference Team...appeared on the SoCon Honor Roll.

2018: Played in seven games with two starts as a back...Joined the team Aug. 22 and made her debut off the bench against Tennessee Tech Aug. 24...Made her first career start in a 7-1 win against Wofford Sept. 23, playing in 84 minutes...Played all 90 minutes of a 6-1 win against King for a career-high...Took three shots on the season...2018-19 Southern Conference honor roll.