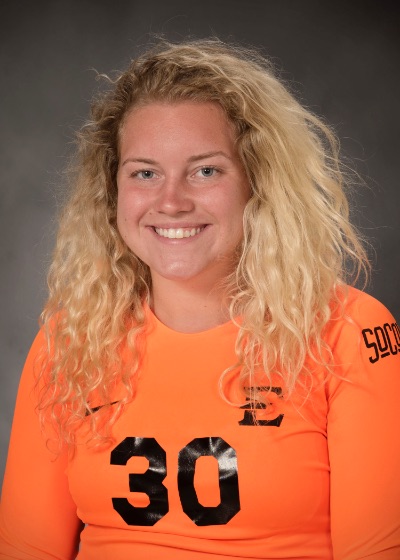 2019: Found her way as the starter in replacement of graduated legend Lea Ann Cutshall, earning the starting nod in all 20 matches in the season...produced 79 saves and a .790 save percentage, entering the top five in program history in single season lowest goals allowed with 1.05 goals conceded per match...recorded four shutouts, one shy of tying the program record...earned a SoCon Player of the Week nod after a career-best 12 save performance against Gardner-Webb (Sept. 1) along with a shutout against USC Upstate (Aug. 28)...appeared on the SoCon Honor Roll.

2018: Made one appearance on the season against King University, recording her first collegiate save in 19 minutes of shutout action.

Prior to ETSU: A local product, Mrozek was a standout goalkeeper at Science Hill High School in Johnson City ... Was an all-state selection, first team all-region pick and was named Goalkeeper of the Year in 2017 ... First team all-district in 2016 and 2017 ... Also spent time with FC Alliance of the Elite Clubs National League (ENCL)

Personal: Born October 19, 1999...daughter of Todd and Jennifer Mrozek...plans to major in nutrition.