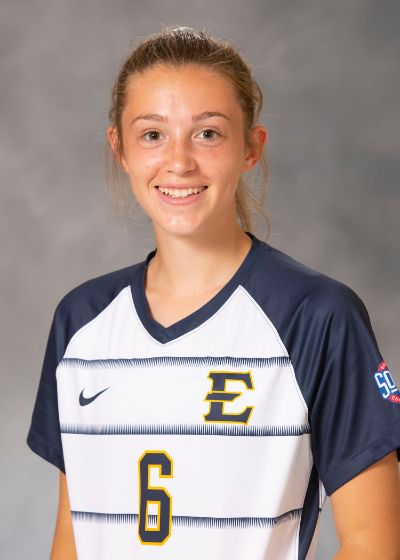 2019: Opened her freshman season with a debut goal against King University (Aug. 22) in a 4-0 win…made six appearances with one start for ETSU…played a season-high 62 minutes in the win at South Carolina State (Sept. 30)…recorded four shots on the season, two on target.