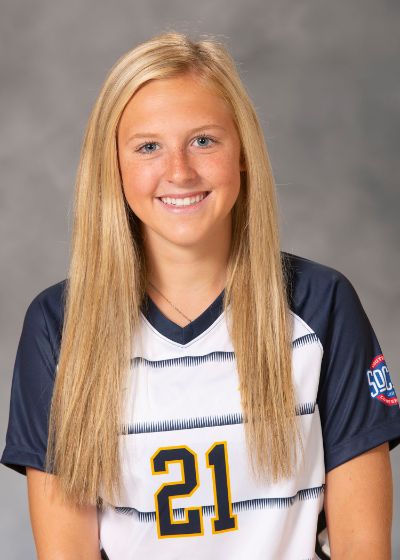 2019: Made 11 appearances on the season, starting her first game against UNCG (Oct. 27)…recorded two shots from the defensive midfield role, playing in a season-high 60 minutes in the final game of the season against The Citadel (Oct. 30).

Prior to ETSU: Graduate of Fort Mill High School...four-year letterwinner in soccer...two-time state champion for club soccer, winning in 2016 and 2017 for the Carolina Rapids ECNL...scored the winning goal in overtime for the NC State Championship in 2017...All-Region offensive player for Fort Mill high School in 2018-19 season, leading the team in goals.

Personal: Born July 10, 2001...daughter of Brian and Nancy Philips...currently undecided on a major.