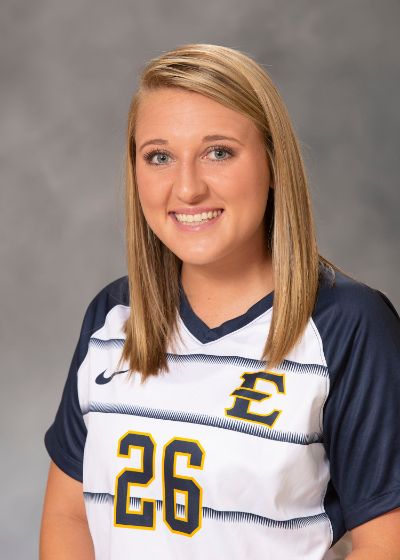 2019: Made three appearances on the season…played a season-best 53 minutes and recorded three shots in the 5-0 win over South Carolina State (Sept. 30).

Prior to ETSU: Graduated from Eastern Montgomery High School...letterwinner in inaugural soccer season at EMHS and three-time letterwinner in basketball...scored 61 goals in her senior season...an All-District, All-Region and All-State selection at EMHS for both soccer and basketball...starting guard for her 2014 AAU National Basketball Championship Team.