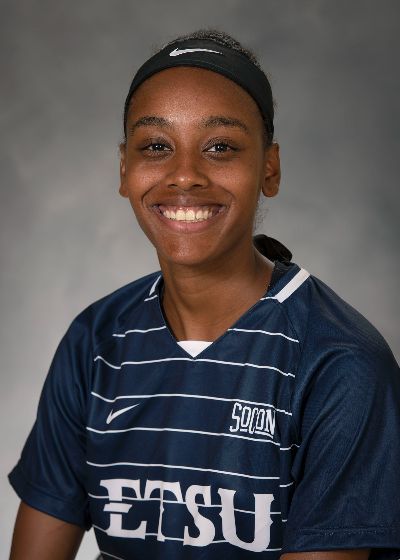 Fall 2021: Earned SoCon All-Academic Team honors … Placed on SoCon Honor Roll … Played in all 16 matches, making 13 starts … Logged 1,283 minutes on the pitch … Tallied an assist in the 2-1 win at MTSU on Sept. 10 … Took three shots on the season, recording one on goal at UNCG on Oct. 22 … Part of a defense that recorded seven shutouts on the season.

2020-21: Started in all eight contests of the season in her defensive role…scored her first collegiate goal in a speculative effort against Lipscomb (2/21/21)…played the third most minutes of any outfield player with 714 minutes of a possible 761…one of only four women to register a start in every match...named to the SoCon Honor Roll.

2019: Started four contests and appeared in 13 in her rookie campaign…played a role in four shutouts for the Bucs…provided 96 minutes of action in an overtime loss to UNC Asheville (Aug. 25)…recorded two shots on the year for ETSU...appeared on the SoCon Honor Roll.