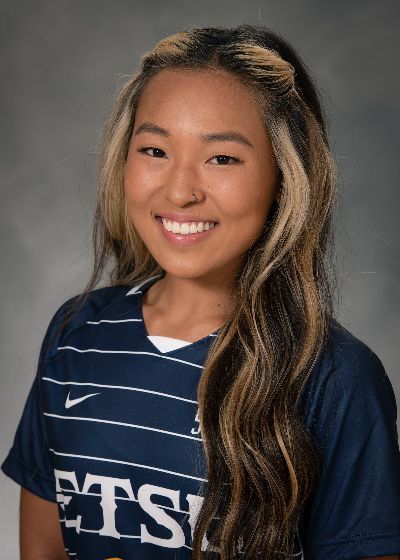 Fall 2021: Earned SoCon All-Academic Team and SoCon Commissioner’s Medal … Named to SoCon Honor Roll … Played in 15 matches, logging 514 minutes … Finished the season with two goals, one assist and 12 shots (seven on goal) … Scored her first goal of the year at Furman on Oct. 3 … Netted the game-winner in the 1-0 victory at VMI on Oct. 24 … Had an assist in the 2-1 victory at MTSU on Sept. 10 … Played a season-high 64 minutes at Furman … Totaled a season-best three shots at MTSU.

2020-21: Made three starts and five appearances in her sophomore season…provided an assist in her season debut against Marshall (2/13/21), registering a season-high two shots and 57 minutes in the double overtime loss…played 47 minutes in the loss against Samford (3/14/21)…named to the SoCon Honor Roll, SoCon All-Academic Team and was awarded the Commissioner’s Medal.

2019: Made 14 appearances while collecting one start in her freshman campaign…grabbed a goal on her collegiate debut in a 4-0 contest with King (Aug. 22)…scored the eventual game-winner while providing an assist against Delaware State (Sept. 8) in a 5-2 win…led the team in game-winners, scoring the winning goal on two occasions…finished with seven points on the year...appeared on the SoCon Honor Roll...recipient of the Southern Conference Commissioner's Medal.

Prior to ETSU: Graduate of Henry County HS...four year letter winner for her soccer team...named with All-District Honors in 2015, making the All-Tournament Team...spent three years on the Tennessee Olympic Development Team (2015-17)...selected to the State All-Tournament Team in 2018...an All-Conference Honorable Mention in 2015 and 2018.