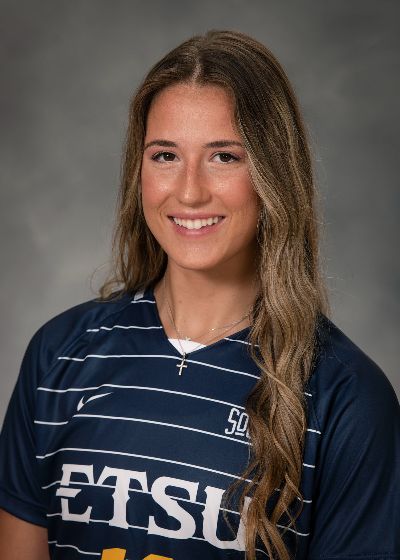 Fall 2021: Named to SoCon Honor Roll … Played in all 16 matches, making nine starts … Logged 723 minutes on the pitch … Posted 16 shots on the year, four coming on target … Recorded at least one shot in 11 of the 16 matches and multiple shots five times … Played a season-high 65 minutes at Lipscomb on Sept. 12.

Prior to ETSU: Spent two seasons at Kansas State…made 16 appearances and one start for the Wildcats…named the 2016 Tulsa World Herald All-Metro Player of the Year and the VYPE Northeast Oklahoma Player of the Year, scoring 19 goals and leading Claremore HS to their first Class 5A state title as a freshman...an honorable mention in 2017 and a second team nomination to the Tulsa World Herald All-World Team in 2018…helped Claremore to a state runner-up finish in the 2017 Class 5A state championships…won three straight district titles with her high school…member of the TopDrawerSoccer.com Spring 2019 High School All-America Watch List…scored 60 career goals in her high school career.