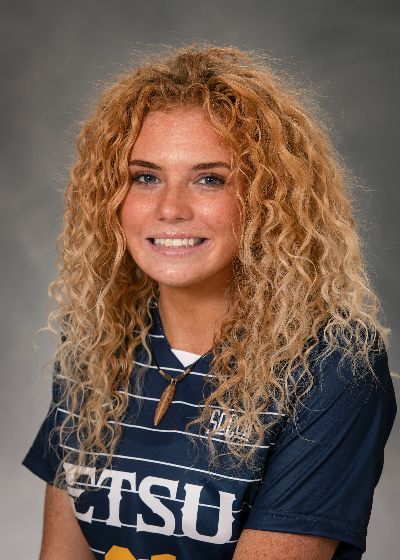 Fall 2021: Named to SoCon Honor Roll … Played in 13 matches, making four starts … Logged 651 minutes on the pitch … Made collegiate debut in the season-opening 1-0 win over Presbyterian … Made first collegiate start vs. Samford on Oct. 17 … Played all 90 minutes against Samford, UNCG and VMI … Season-high two shots in the 0-0 draw vs. Mercer on Sept. 26 … Contributed to six shutouts on the year.

Prior to ETSU: Joins from Halls High School, where she played at the club level for FC Alliance...proved to be an integral piece at the club level, playing in both the defense and attack as she is projected to be versatile option for the Blue and Gold.