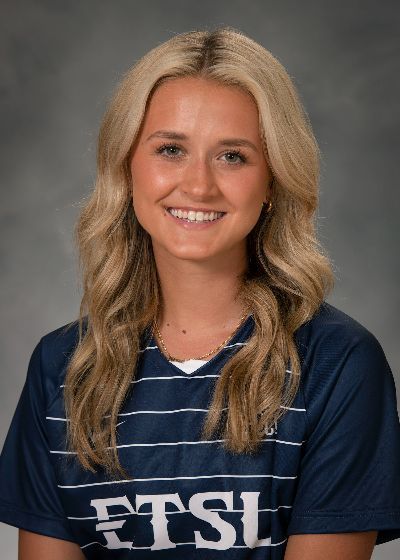 Fall 2021:  Earned SoCon All-Academic Team honors … Named to SoCon Honor Roll … Played in all 16 matches, making three starts … Logged 541 minutes on the pitch … Totaled two goals, four points, nine shots (four on goal) during the year … Scored her two goals in the 2-1 win at MTSU, marking her first collegiate goals … Had a two-shot game in the 1-0 win at Wofford … Played a season-high 52 minutes vs. Tennessee Tech.

2020-21: Made seven appearances and two starts in her rookie season…played 26 minutes per contest…debuted in the Blue and Gold with a start against Marshall (2/13/21)…recorded a season-high 65 minutes in the road trip to Samford (3/14/21)…named to the SoCon Honor Roll and was awarded the Commissioner’s Medal.

Prior to ETSU: A graduate of Hardin Valley Academy, Ranvek became a two-time letterwinner for HVA. During her senior campaign, Ranvek scored 11 goals while providing 13 assists. Her most important goal notably became a 10th minute game-winner against Maryville, securing the first district championship for Hardin Valley since 2015. Ranvek was chosen as both an All-District and All-Region selection in the 2019 season.