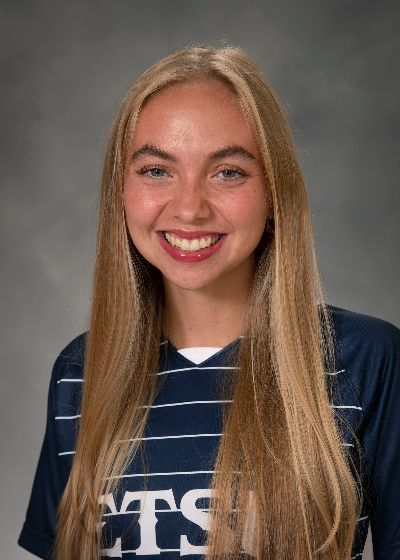 Fall 2021: Earned SoCon All-Academic Team and SoCon Commissioner’s Medal … Named to SoCon Honor Roll … Named a member to the NCAA Division I Student-Athlete Advisory Committee (SAAC) … Played in 13 matches, logging 410 minutes … Key piece in all ETSU’s seven shutouts on the season … Played a season-high 78 minutes in the scoreless draw against Mercer … Played 52 minutes in the 1-0 win at VMI.

2020-21: Played in four matches, starting in two for the Bucs…played all 90 minutes against Samford (3/14/21)…played in both the midfield and in defense on the season…named to the SoCon Honor Roll, SoCon All-Academic Team and was awarded the Commissioner’s Medal.

2019: Played in 12 games for the Bucs, starting in the final two matches of the season at center back…played a part in all five clean sheets for ETSU, including a full 110 minute performance at VMI (Oct. 25)...appeared on the SoCon Honor Roll...recipient of the Southern Conference Commissioner's Medal.

Prior to ETSU: Graduate of Maryville HS, where she was a four year letter winner in central defense...earned one letter in basketball her freshman season...helped Maryville to three appearances to the state tournament (2015, 2016, 2018)...named team MVP and the Division 1 Class AAA District Defender of the Year in 2017...earned All-District and All-Region First Team honors in both 2017 and 2018, also earning spots on the Tennessee Sports Writers Association All-State First Team and Knoxville News Sentinel All-PrepXtra Team...a Knoxville News Sentinel All-PrepXtra Soccer Player of the Year nominee in 2017 and 2018, Reid finished her senior season earning a spot on the Fall 2018 TopDrawerSoccer High School All-America Watch List and was named a 2018 National High School All-American Fall State Star.