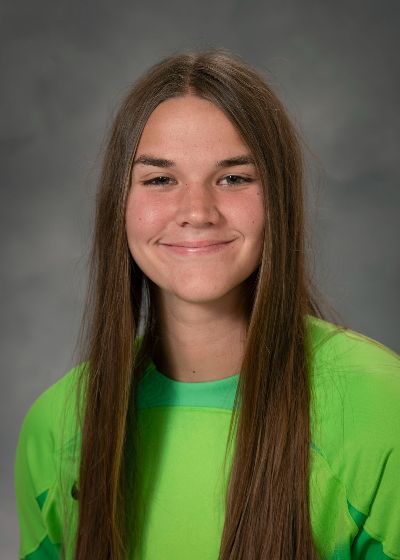 Fall 2021: Named to SoCon Honor Roll ... Did not make any appearances on the pitch.

2020-21: Only Buccaneer to feature in every minute of the season…made a career-best nine saves in the home loss to Lipscomb (2/21/21)…recorded her first win against UNCG (3/5/21) with a four save effort…averaged 5.4 saves per game, finished with a .717 save percentage and a 2.01 GAA in her freshman season...named to the SoCon Honor Roll.

Prior to ETSU: A graduate of Knox Central HS, Blair was a four year varsity player in both soccer and basketball. Made both the Tennessee Coaches and Writers Association All-State Team while selected as a nominee for Prep Extra Soccer Player of the Year and Female Athlete of the Year. Blair was also selected as 2-AA District and 4-AA Region MVP. She compiled 117 saves and seven shutouts her senior year, as well as collecting 1,237 points, 971 rebounds and 561 blocks over her four-year basketball career. Ashton helped her team to a Region 4-AA Championship in both 2017 and 2019, while earning a District 2-AA title in 2019 to be part of the first team to reach the state tournament in program history.