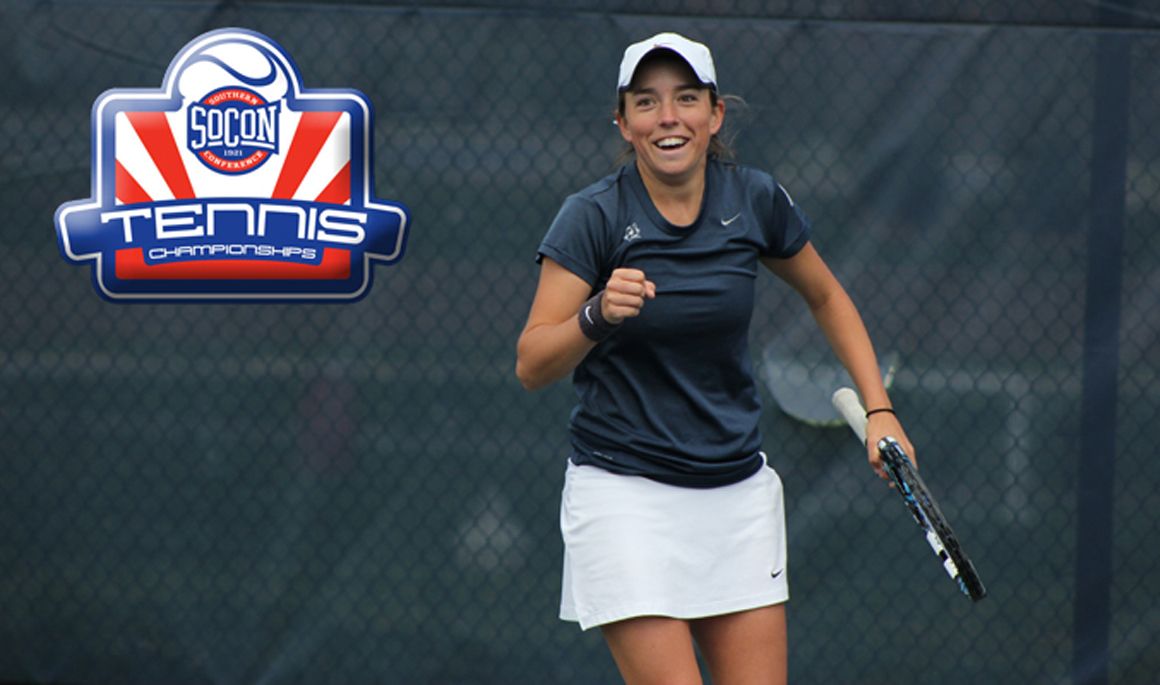 CLEMSON, S.C. (April 25, 2015) - Less than one month ago, Chattanooga rallied from a 3-1 deficit to edge ETSU, 4-3, to hand the Buccaneers their only home setback of the season. Saturday, the Bucs avenged that loss by besting UTC, 4-2, to advance to the title match of the Southern Conference Women's Tennis Championship.

No. 2 UTC took a 1-0 lead in doubles play; however, ETSU responded, with Regina Nychytailova (Maripol, Ukraine) and Jessica Brumit (Elizabethon, Tenn.) winning, 8-5, at No. 2 to draw the doubles margin even.

Lyn Yee Choo (Kuching, Malaysia) and Ana Gerbasi (Caracas, Venezuela) then clinched the doubles point for the Bucs with an 8-6 victory at the top spot.

"We knew it was going to be a battle today," ETSU coach Travis Sandlant said. "UTC came to play. The doubles point was huge for our confidence going into singles."

It was then that the match took an turn eerily similar to the Mocs' regular-season comeback versus ETSU.

With UTC trailing, 3-1, the Mocs' Kaylene Chadwell outlasted Gerbasi in a second-set tiebreaker, 7-6 (7-4), to extend the match, keeping UTC's hopes alive. Chadwell then closed out the match in three sets to cut UTC's deficit to 3-2.

However, Brumit, the Bucs' captain and lone senior, then rose to the occasion, defeating Claire Mulyadi, 7-5, 6-3, at No. 5 Singles to seal the 4-2 win for ETSU.

In UTC's regular-season win over ETSU, Brumit suffered a heartbreaking, three-set loss in the final match of the day, allowing UTC to take the 4-3 victory.

"It felt fitting that Jess [Brumit], our senior, stood up and clinched the match when in regular season she didn't get it done," Sandlant said. "It was great to see."

The Bucs have won nine of their last 11 matches.

With the victory, ETSU claimed a spot in the SoCon tournament's title match.

ETSU will take on top-seeded Samford Sunday, April 26 at 10:00 a.m., in Greenville, S.C., with an NCAA Tournament berth at stake.

Samford eged the Bucs, 4-3, in Birmingham, Ala., during the regular season. Samford and Chattanooga were the only teams to beat ETSU in league play this season.