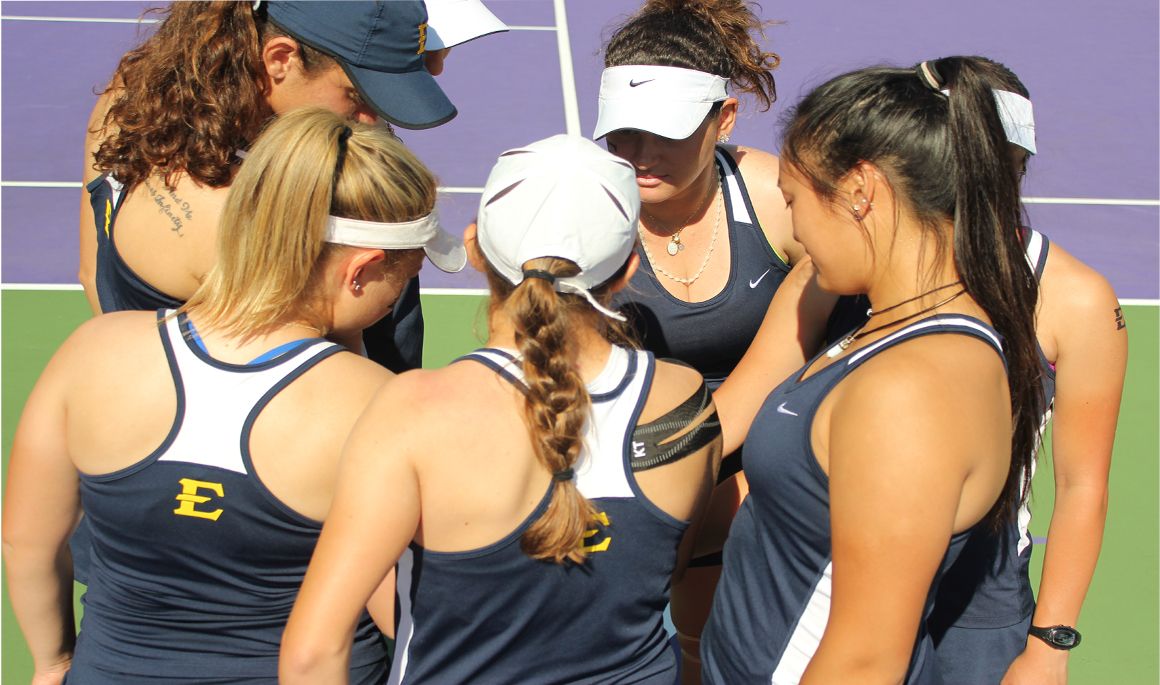 GREENVILLE, S.C. (April 26, 2015) - After finishing the regular season with seven wins in their last nine matches, the Buccaneers had high hopes of making a return trip to the NCAA Tournament; however, top-seeded Samford overcame ETSU, 4-1, in the title match of the Southern Conference Women's Tennis Championship in Greenville, S.C., bringing a close to the Bucs' season.

2015 marked the tenth-consecutive season ETSU advanced to the final of the conference tournament.

Samford used early wins at No. 1 and No. 2 Doubles, along with victories at No. 2, No. 3, and No. 4 Singles to win the program's first conference tournament title since joining the SoCon in 2009. The Bulldogs (16-8), who also won the SoCon regular season title, will represent the conference in the upcoming NCAA Women's Tennis Championship tournament.

"Samford played well today," ETSU coach Travis Sandlant said. "They got out of the blocks quickly and we were playing catch up from the start. We fought hard all day and were very close."

Choo outlasted fellow First Team selection Stephanie N'tcha, 6-3, 4-6, 6-2, to cut the Bucs' deficit to 3-1; however, the Bulldogs closed out the match with a victory at No. 2 Singles by Yasmeen Ebada.

While the setback closed the book on ETSU's 2014-15 campaign, the future looks bright for the Bucs.

"The girls can hold their heads high," Sandlant said. "It was an up and down season, but I think with six of the seven girls returning next year, we will be more mature and hungry for a title."