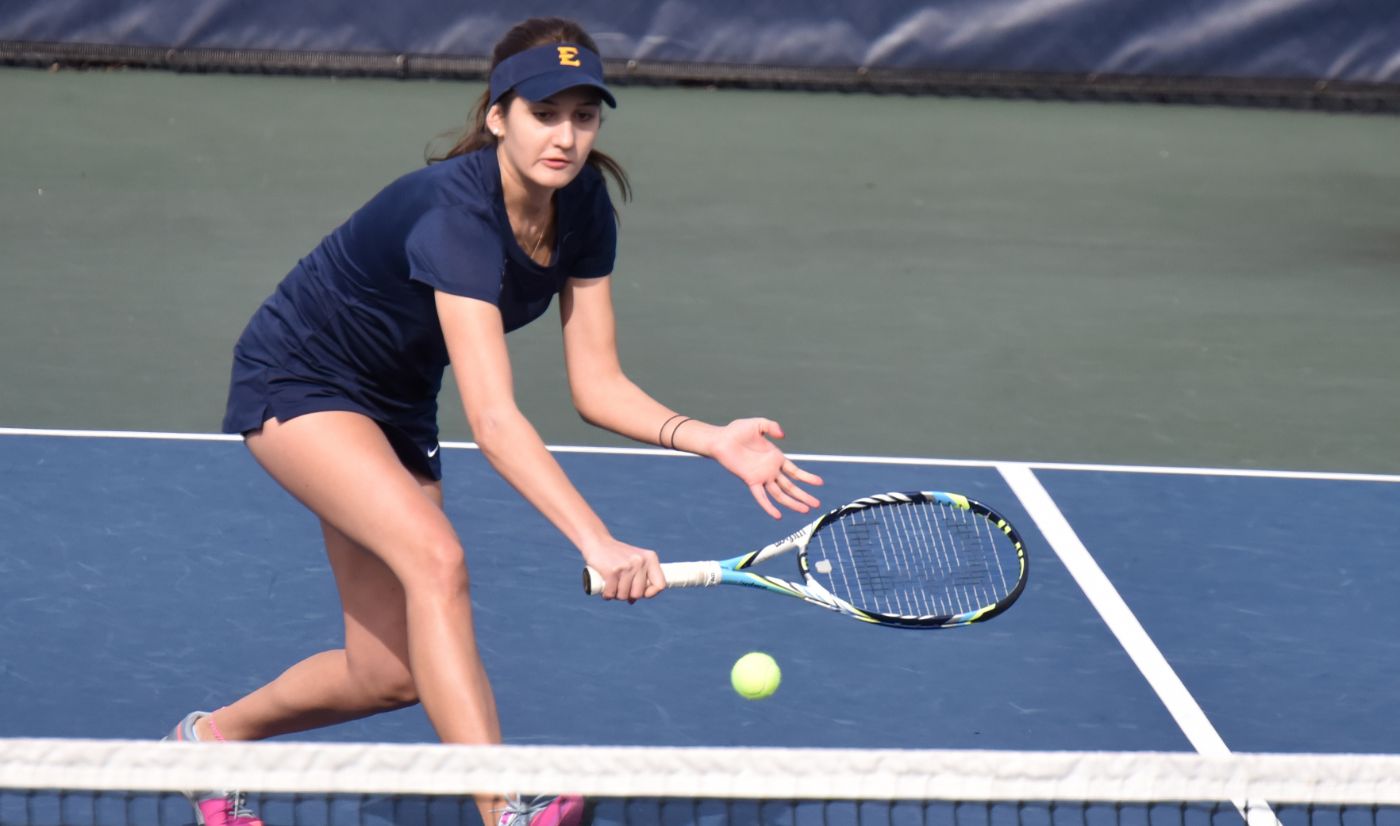 MOREHEAD, Ky. (Feb. 3, 2016) – For the second consecutive season the ETSU women’s tennis team has begun its season 3-0 as it knocked off Morehead State, 6-1, Wednesday morning to pick up its third victory of the spring.

“The girls stayed really focused today, which was good,” said ETSU Head Coach Travis Sandlant. “We had to fight a lot of factors outside our control so it was good that they kept their concentration and got the job done.”

The Bucs won the match by virtue of winning a pair of doubles contests and defeating the Eagles in five of the six singles tilts. Senior Lyn Yee Choo (Kuching, Malaysia) and freshman Marina Espana (Castellar Del Valles, Spain) both picked up their third win of the season in singles to improve to 3-0. Choo teamed with fellow senior Ana Gerbasi (Caracas, Vennezuela) to improve to a team-best 3-0 in doubles action.

ETSU looks to remain unbeaten Sunday when it welcomes Tusculum to the Bristol Racket Club in Bristol, Tenn. The Pioneers are currently ranked No. 46 in the ITA Division II Rankings. The match is scheduled to begin at 9 a.m. Sunday.