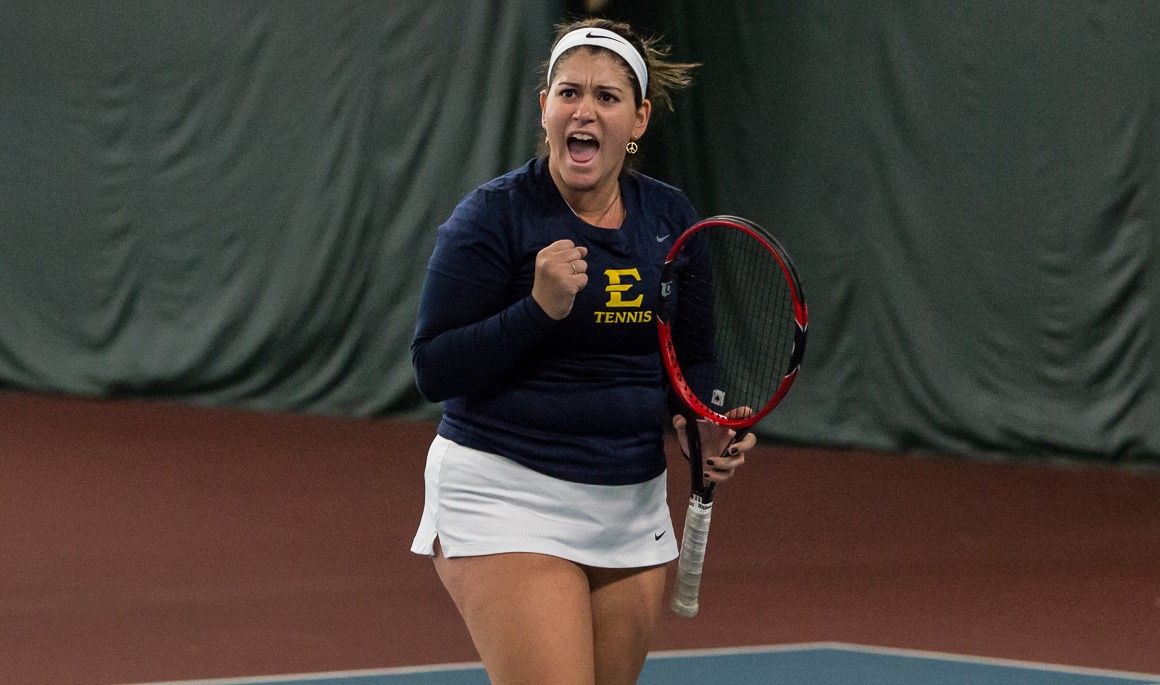 ETSU improves to 5-0 with the win over the Eagles

BRISTOL, Tenn. (Feb. 14, 2016) – The ETSU women’s tennis team improved its record to 5-0 Sunday with a 6-1 win over Emory at the Bristol Racket Club. It marks the second consecutive season that the Bucs have begun their season with a 5-0 record.

“We definitely had to play a high level today,” said ETSU Head Coach Travis Sandlant. “Emory is a very good team. They pushed us at certain points today and it was good to see our team respond positively.”

ETSU began the match picking up two victories in the first two doubles slots. With the pair of wins, the Bucs remain undefeated in doubles this season at 13-0. In singles action, the Bucs won five of the six tilts. Despite five of the six victories going to ETSU, Emory pushed the Bucs to extra points in four of the six contests.

The Bucs will look to keep their winning streak alive this weekend when they travel to Murfreesboro, Tenn. for a pair of matches against Tennessee Martin Friday and Middle Tennessee State Saturday. Start times for both matches are scheduled for 4 p.m. and 10 a.m., respectively.