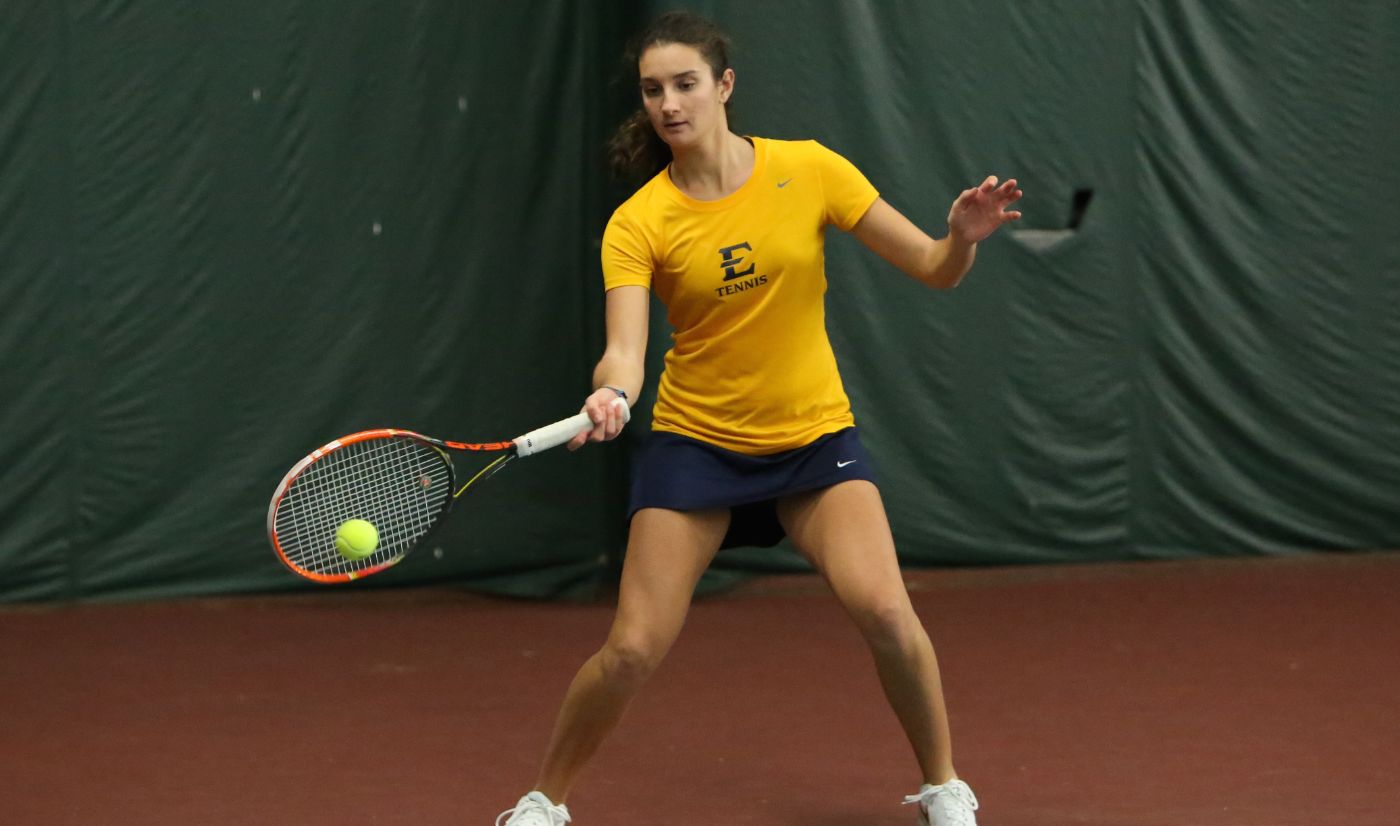 WILMINGTON, N.C. (Feb. 26, 2016) – After dropping the doubles point, the 73rd-ranked ETSU women’s tennis team rebounded to take all four singles matches to notch its eighth straight win Friday over UNC Wilmington. With the victory, the Buccaneers improve to 8-0 for the first time in the program’s history.

“It was a complete team effort,” said ETSU Head Coach Travis Sandlant. “Ioanna came from a set down to come back and clinch the match for us. It was a huge confidence builder.”

In addition to Ioanna Markesini’s (Athens, Greece) victory to clinch the match for the Bucs, Lyn Yee Choo (Kuching, Malaysia), Marina Espana (Castellar Del Valles, Spain) and Ana Gerbasi (Caracas, Venezuela) all picked up wins as well. Choo and Espana both improved to 7-0 with the wins, while Gerbasi picked up her third consecutive victory to move to 5-2 this season.

Next up for the Bucs will be a road trip to Elon Sunday. The match against the Phoenix is scheduled for a 1 p.m. start time.