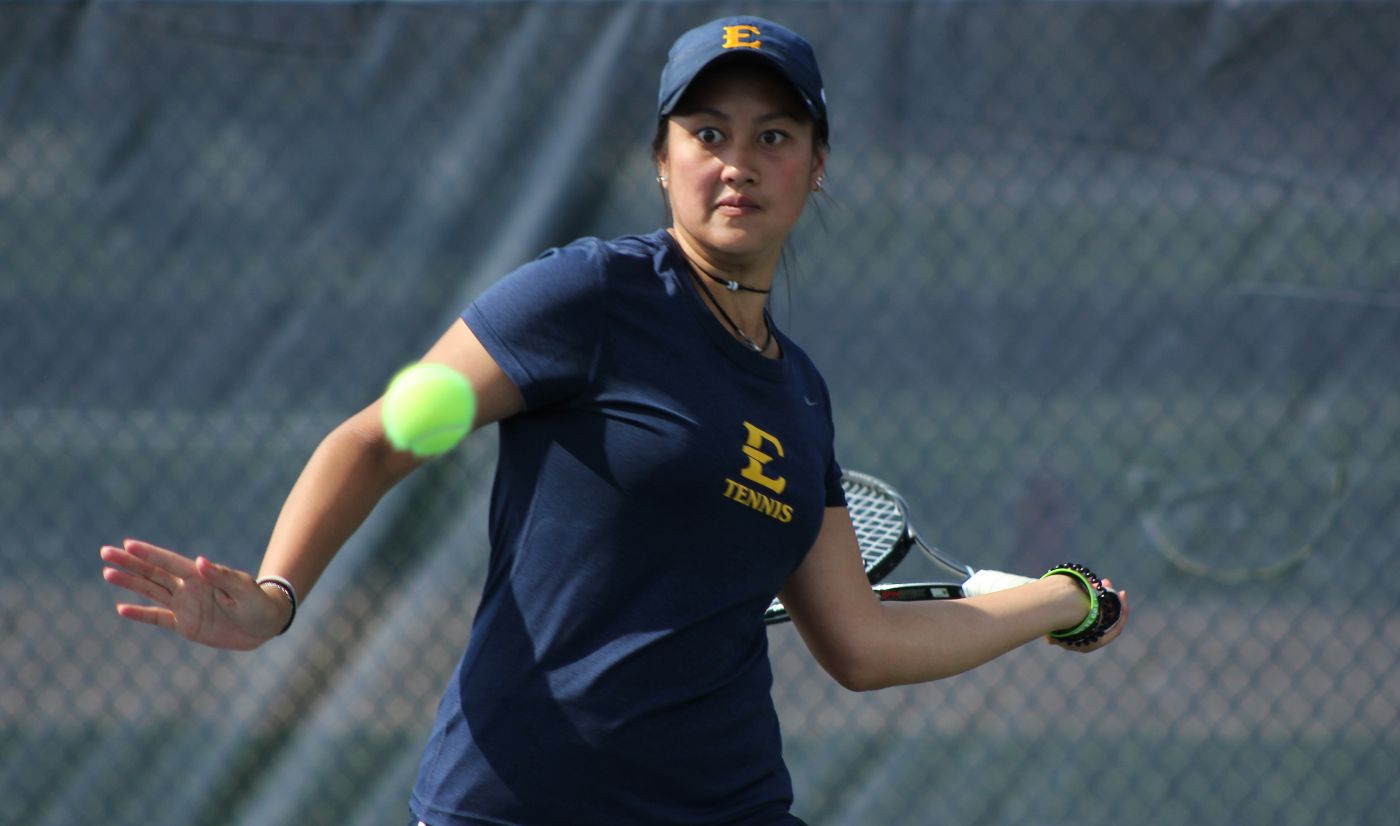 ELON, N.C. (Feb. 28, 2016) – The ETSU women’s tennis team improved to 9-0 Sunday with a 6-1 victory at Elon. With the win against Elon, the Buccaneers are not only 9-0 for the first time in program history but they are also the first team in the program’s 32 seasons to begin the season 4-0 in road matches.

ETSU began the match with a pair of wins in doubles action. One of those victories came from the duo of Melissa Esguerra (Derrimutt, Austrailia) and Regina Nychytailova (Maripol, Ukraine) in the No. 3 slot. The victory is the third straight for Esguerra and Nychytailova, which is tied for the longest streak on the team.

The Buccaneers went 5-1 in singles play Sunday with three of the wins coming in three sets. Ioanna Markesini (Athens, Greece) and Marina Espana (Castellar Del Valles, Spain), however, notched their wins in two. With the victories, Markesini and Espana improve to 7-0 and 8-0, respectively.

The undefeated Buccaneers will return home to host Akron and Winthrop next weekend. ETSU will host the Zips Friday at 11 a.m. and will wrap up the weekend welcoming the Eagles to the Dave Mullins Tennis Complex Sunday at 11 a.m.