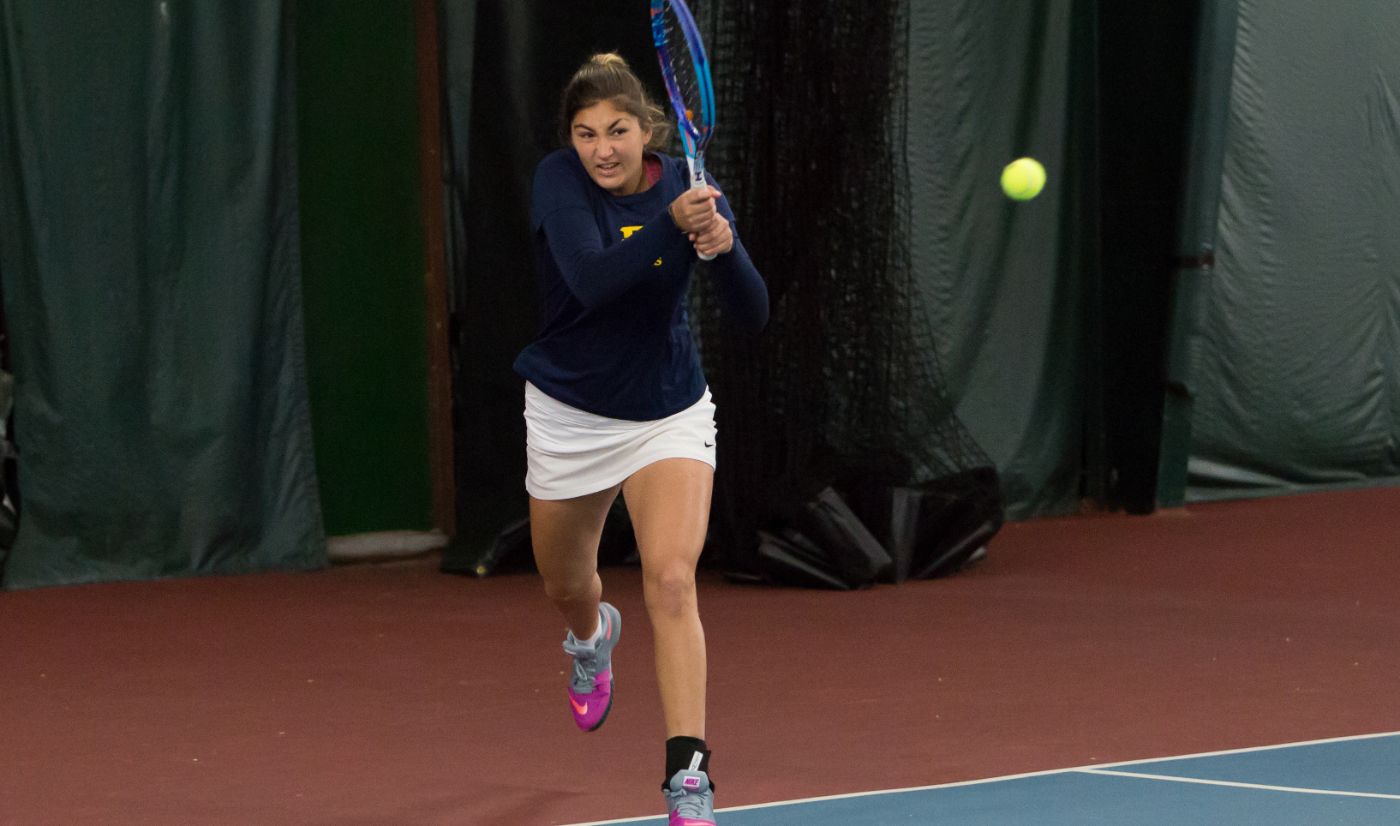 KNOXVILLE, Tenn. (March 4, 2016) – Facing perhaps its toughest test so far this spring, the ETSU women’s tennis notched its tenth consecutive victory Friday over Akron, 5-2. With the victory the Bucs continue to build upon their record-breaking start to the season improving to 10-0.

After picking up the doubles point, the Bucs hit some adversity in the singles. Akron picked up victories in the No. 1 and No. 2 singles positions. The Bucs’ depth, however, proved to be the difference winning the other four singles contests in two sets each. Marina Espana (Castellar Del Valles, Spain) and Ioanna Markesini (Athens, Greece) picked up two of those wins and improved to 9-0 and 8-0, respectively.

ETSU will face its first ranked opponent of the season Sunday as it welcomes No. 66 Winthrop to the Dave Mullins Tennis Complex. The Bucs and Eagles are scheduled to get underway at 11 a.m.