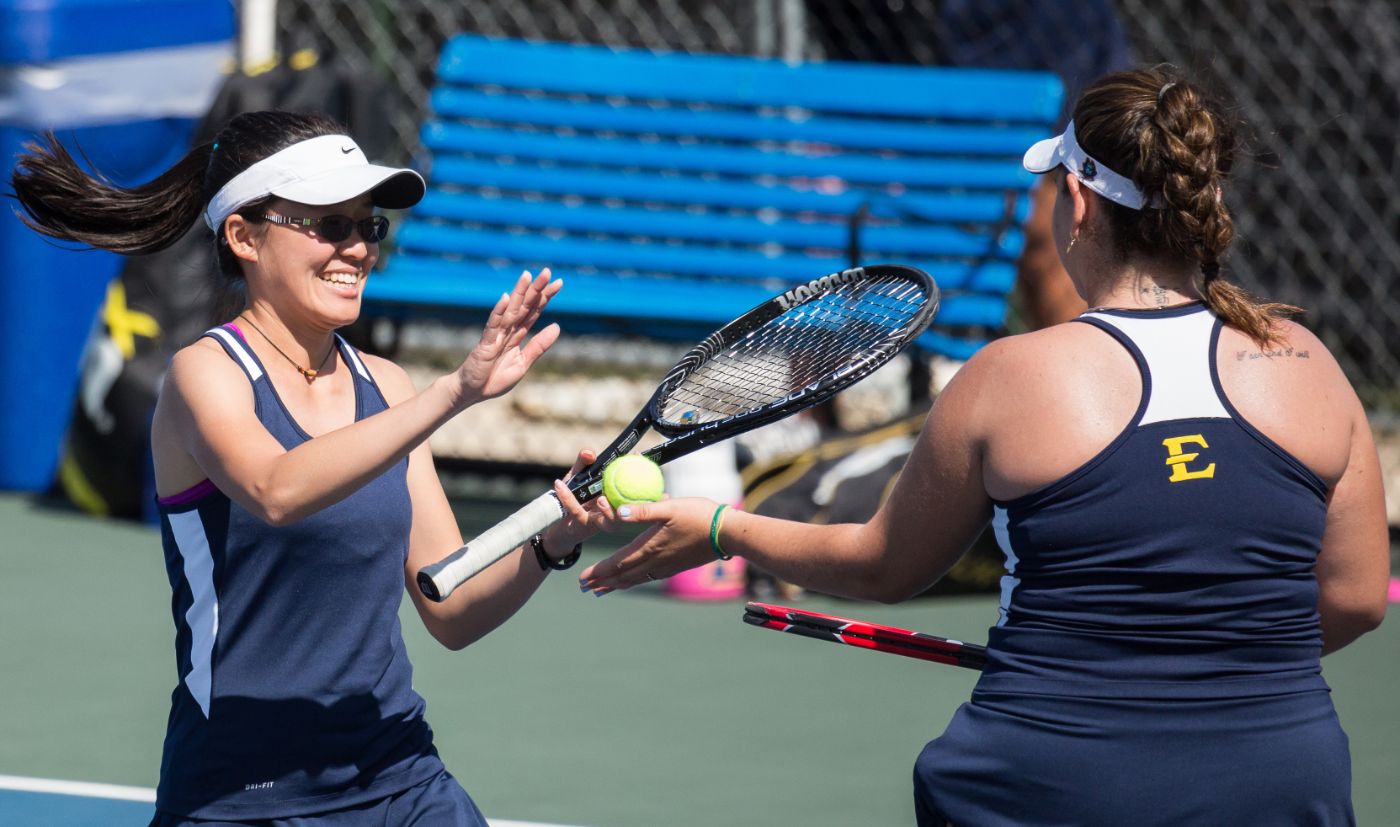 ETSU notches its second conference win of the season; improve to 13-1 overall

JOHNSON CITY, Tenn. (March 16, 2016) – After competing in a pair of tough 4-3 matches on the road last week, the ETSU women’s tennis team returned home Wednesday and cruised to a 7-0 victory over Wofford. ETSU, which notched its fourth shutout of the season Wednesday, improved to 13-1 overall and 2-0 in conference play with the win.

The Bucs got out to a fast start against Wofford as they won 18 of the 21 points in doubles action. ETSU has now won the doubles point in 12 of its 14 matches.

ETSU continued its stellar play in singles winning each of the six contests in straight sets. Senior Ana Gerbasi (Caracas, Venezuela) clinched the match for the Buccaneers defeating Taylor Carlson: 6-1, 6-2. Gerbasi continues to be one of the team’s top players lately as she has won eight consecutive singles matches.

ETSU will return to action Friday when it hosts another conference foe in Western Carolina. The match between the Bucs and the Catamounts is scheduled for 4 p.m.