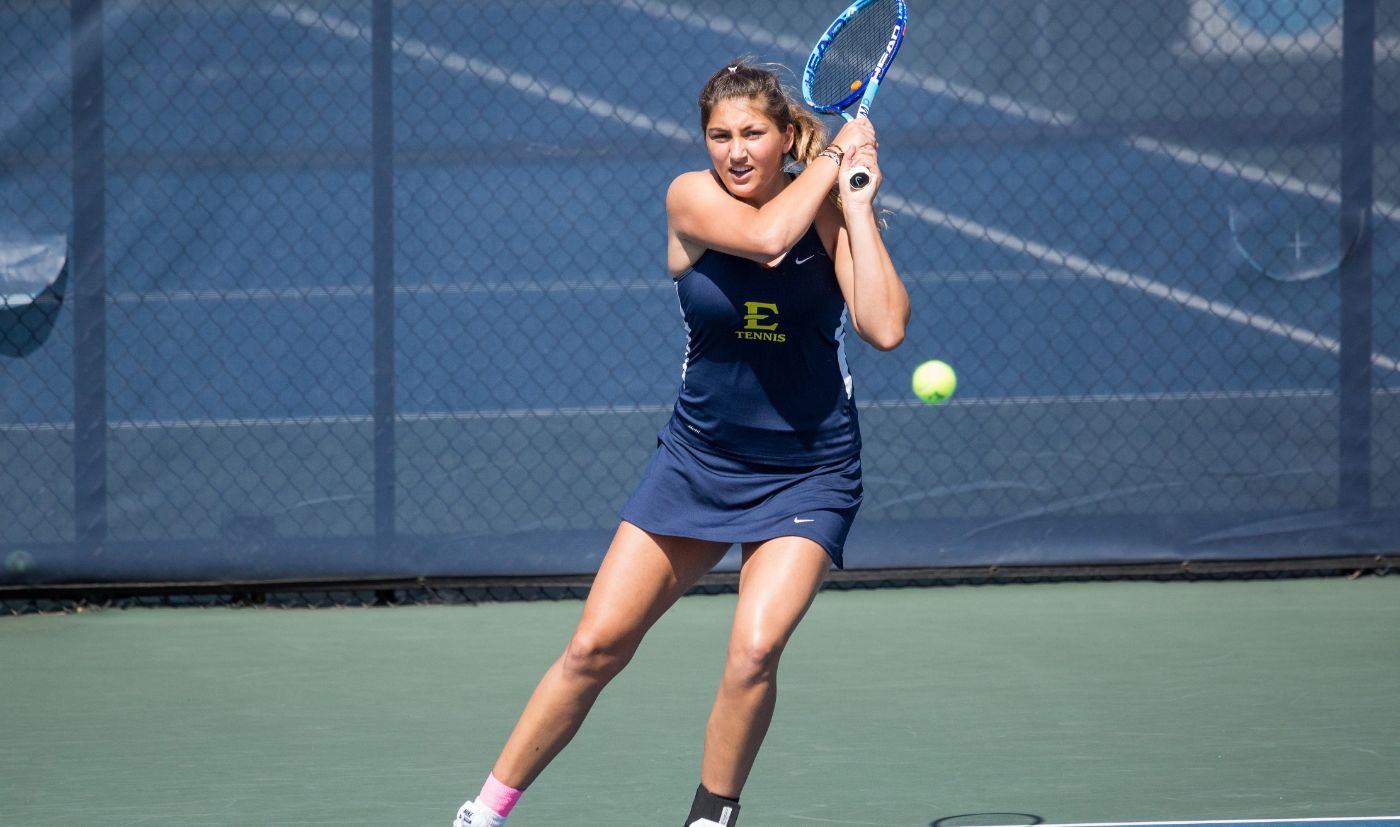 JOHNSON CITY, Tenn. (March 18, 2016) – The ETSU women’s tennis team earned its second consecutive shutout over a Southern Conference opponent Friday as it defeated Western Carolina, 7-0. The Buccaneers remain undefeated in conference play with a 3-0 record and move their record to 14-1 overall.

ETSU won two of the three doubles matches against the Catamounts with the only defeat coming in the No. 1 slot. Following a 2-1 mark in doubles, the Buccaneers rattled off six straight set wins in singles. It is the fourth 7-0 victory for ETSU this season.

Highlighting the match for the Bucs was freshman Marina Espana (Castellar Del Valles, Spain) as she picked up her 13th win of the season to move her record to 13-0. Espana’s 13 victories are the most in the SoCon. Additionally, Espana teamed with Ioanna Markesini (Athens, Greece) to notch their team-leading 11th win in doubles action this season.

The Bucs’ next two matches will be on the road. Leading off the two-match road swing will be a match against in-state rival Chattanooga March 25. The Bucs and Mocs are scheduled to get underway at noon.