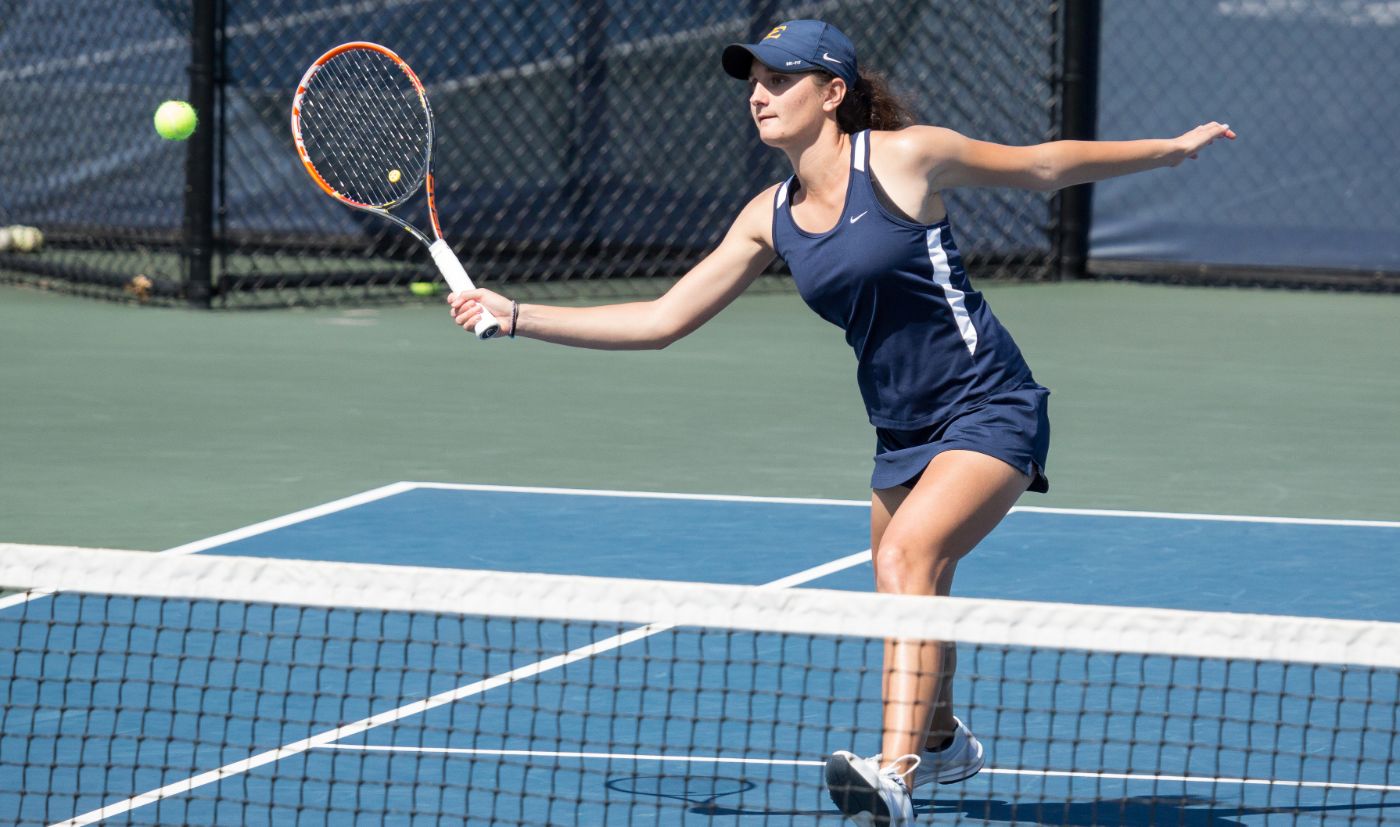 Ioanna Markesini was one of four Buccaneers to notch a victory in singles & doubles Friday
Bucs blank Chattanooga, 7-0
Related Links

ETSU continues to roll improving to 15-1 this season

CHATTANOOGA, Tenn. (March 25, 2016) – The ETSU women’s tennis team continued to roll Friday as it swept SoCon rival Chattanooga, 7-0. ETSU won five of six singles contests in straight sets and took two of the three doubles tilts. With the victory, the Bucs move to 15-1 overall and 4-0 in conference play.

“To win 7-0 today against a solid conference team was a confidence booster,” said ETSU Head Coach Travis Sandlant. “We could have played better in doubles but we rebounded to show some great focus in singles.”

The win at Chattanooga Friday marked the third consecutive 7-0 sweep for the Bucs and all of those matches have come against conference foes. In total, six of ETSU’s 15 victories this season have been shutouts.

ETSU will hit the road for the final time in the regular season next Friday when it takes on UNCG in Greensboro. The match between the Bucs and Spartans is slated for a 1 p.m. start time.