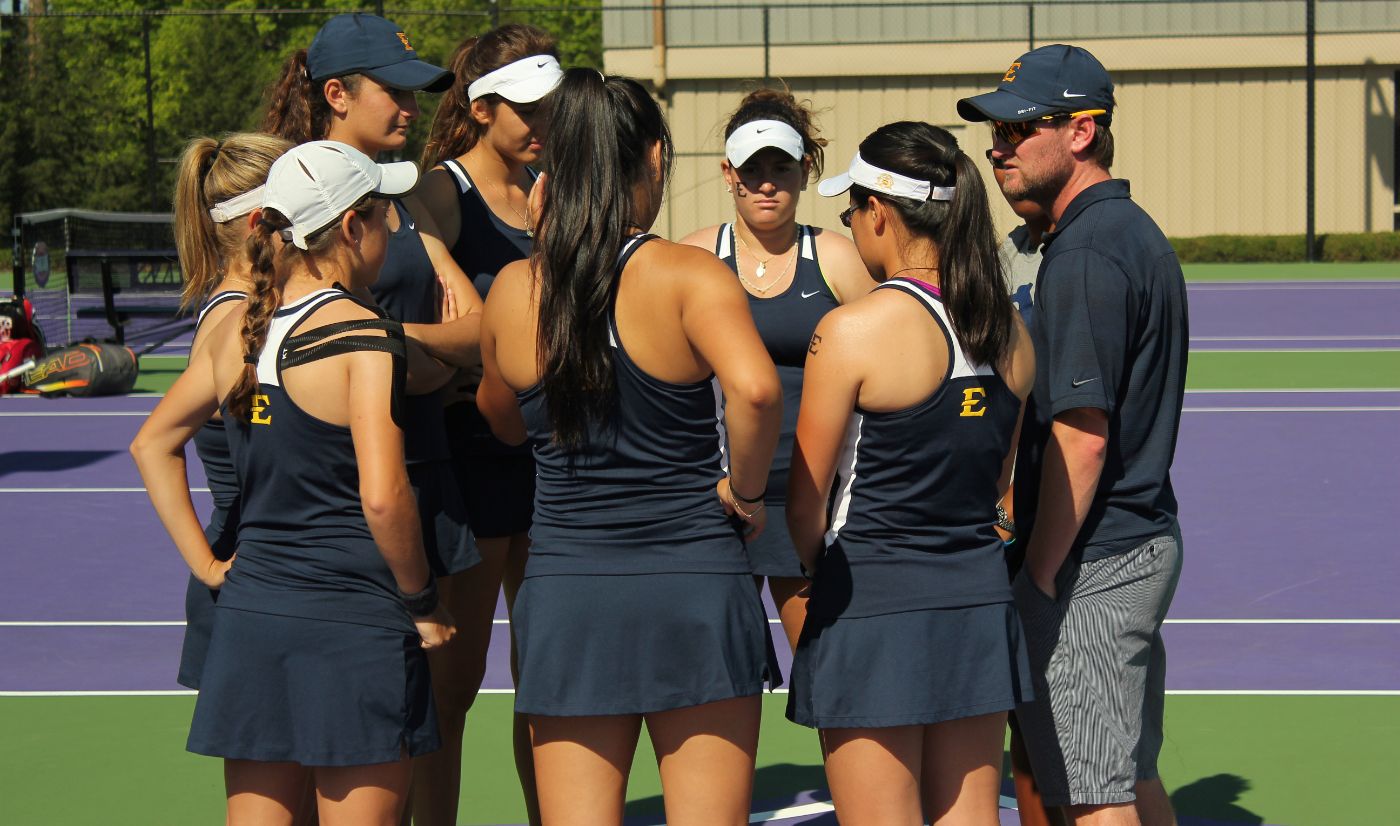 GREENSBORO, N.C. (April 6, 2016) – The ETSU women’s tennis team capped off its final regular season road trip with a 7-0 win at UNCG Wednesday afternoon. The win not only improves the Bucs’ road record this spring to 8-0 but also moves their record to 17-1 overall. It is the first season in program history that the Bucs have finished a regular season with an unblemished road record.

The Bucs notched their seventh shutout of the season and their fourth in the last five matches Wednesday. ETSU not only won all three doubles contests but also defeated the Spartans in all six singles contests in straight sets.

Freshman Marina Espana (Castellar Del Valles, Spain) improved to 16-0 this season with a win over Masey DeMoss, while Lyn Yee Choo (Kuching, Malysia), Ana Gerbasi (Caracas, Venezuela) and Ioanna Markesini (Athens, Greece) all picked up their 14th victories of the season in the win.

ETSU will close out its regular season April 16 when it hosts Furman at the Dave Mullins Tennis Complex. The tilt between the Bucs and Paladins is scheduled to get underway at 1 p.m.