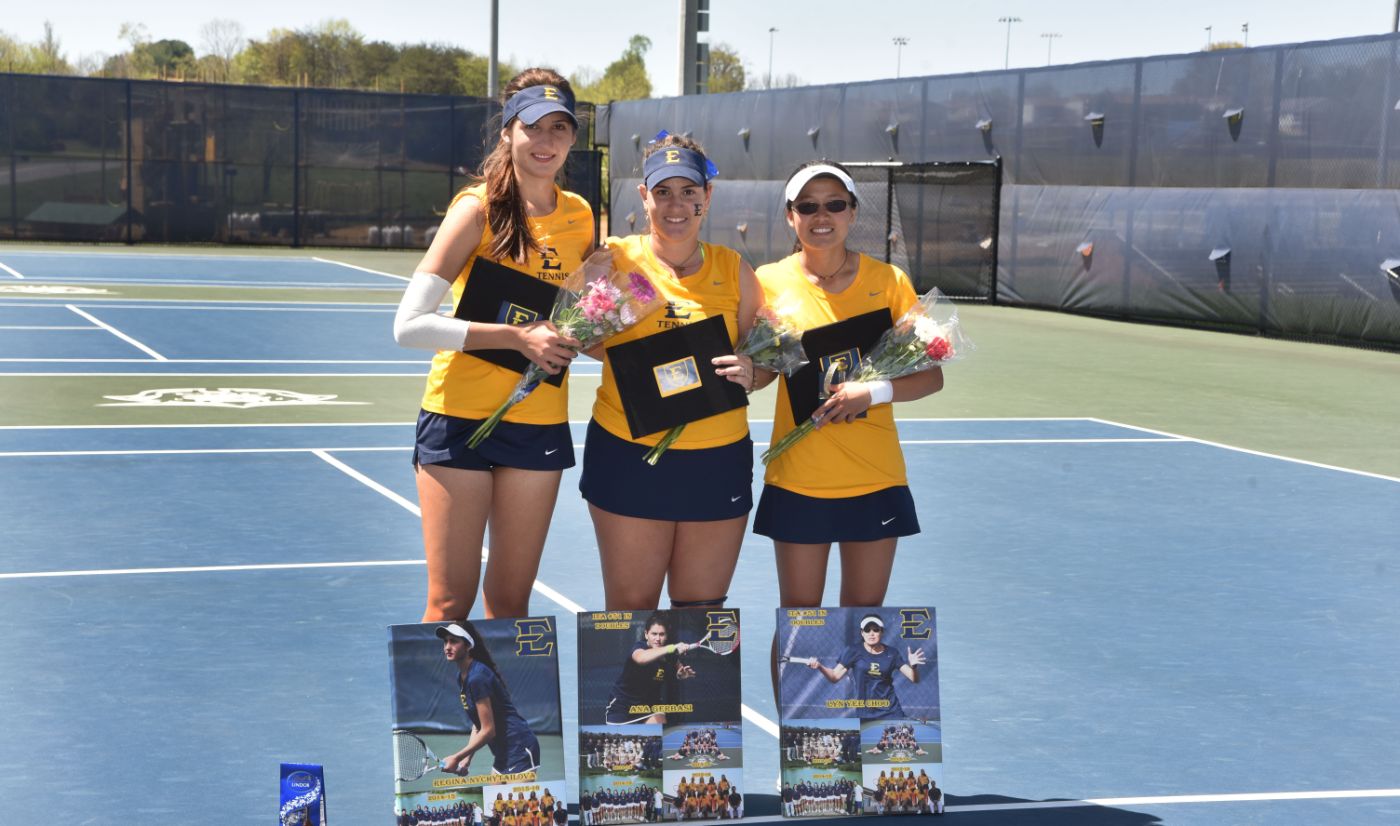 Bucs earn No. 2 seed in next weekend’s conference tournament

Following the loss in doubles, the Bucs got on the board when Marina Espana (Castellar Del Valles, Spain) defeated Karlee Bryde: 6-3, 6-2. Sophomores Melissa Esguerra (Derrimutt, Austrailia) and Ioanna Markesini (Athens, Greece) also picked up wins out of the No. 5 and No. 3 slots, respectively, to put ETSU in a position to win the match. Unfortunately for ETSU, however, Katarina Weymouth won a three-set match over Nychytailova to seal the match for the Paladins.

By virtue of the results around the league Saturday, the Bucs claimed the No. 2 seed in next weekend’s conference tournament in Chattanooga. ETSU will open the tournament against the No. 7 seed Mercer at 3 p.m. Friday.