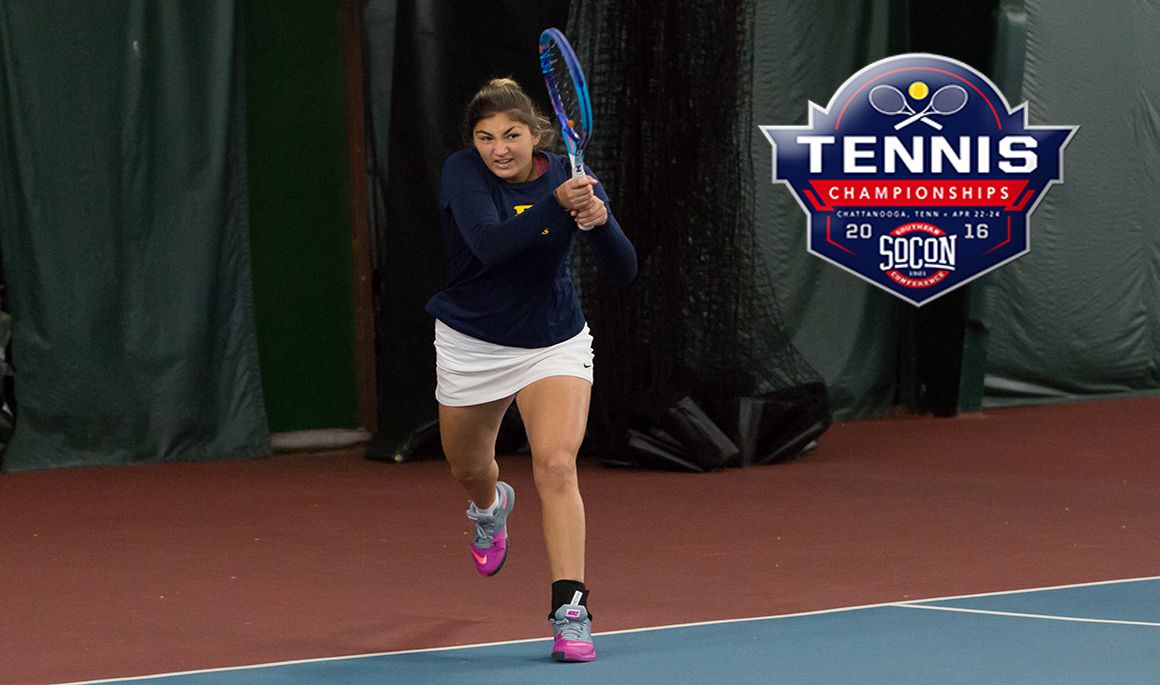 ETSU draws Chattanooga in the semifinals

CHATTANOOGA, Tenn. (April 22, 2016) – The ETSU women’s tennis earned its seven shutout of the 2016 season Friday as it defeated No. 7 seed Mercer, 4-0, in the quarterfinals of the Southern Conference Women’s Tennis Championship. The Bucs’ record moves to 18-2 overall with the victory.

ETSU picked up a pair of wins from the No. 2 and No. 3 positions in doubles to clinch the first point of the match. The tandem of Marina Espana (Castellar Del Valles, Spain) and Ioanna Markesini (Athens, Greece) picked up a 6-1 victory over Roxy Bartz and Xandra Fougner to clinch their 15th win of the season.

In singles action, the Bucs received wins from their No. 4 through 6 positions to clinch the match against the Bears. Espana clinched the match for ETSU with a 6-3, 6-0 win over Bartz. With the win, Espana improves her undefeated record to 18-0 this spring.

ETSU will take on Chattanooga in the semifinal round Saturday at 2 p.m. at the Champions Club. The Bucs blanked the Mocs in their meeting earlier this season, 7-0.