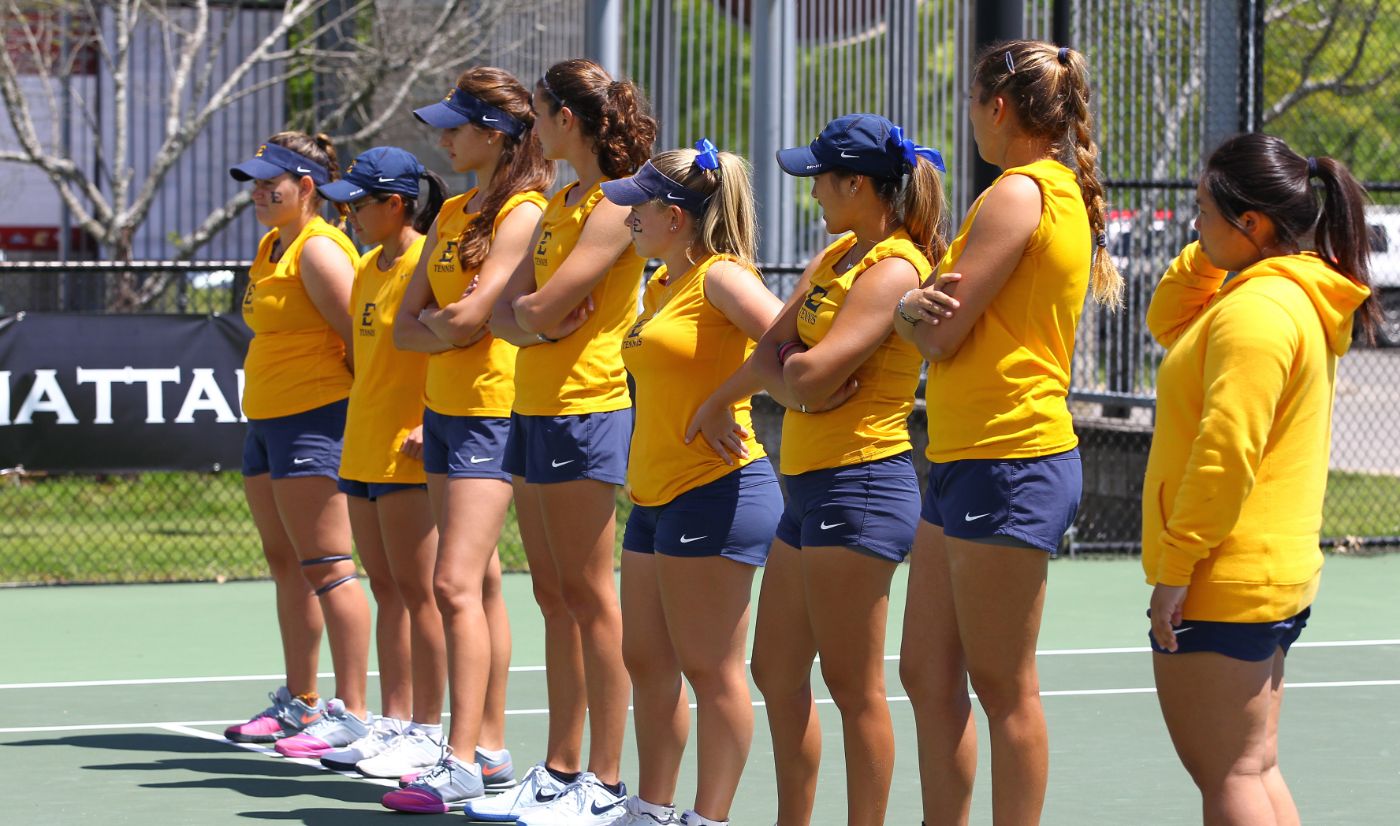 Bucs will look to win their first ever SoCon title Sunday vs. Samford

CHATTANOOGA, Tenn. (April 23, 2016) – The ETSU women’s tennis team knocked off in-state rival Chattanooga, 4-0, in the semifinals of the Southern Conference Women’s Tennis Championship Saturday afternoon. The Bucs improve to 19-2 with the win over the Mocs and advance to their second straight conference championship game.

“It was a hard fought win today in tough conditions,” said ETSU Head Coach Travis Sandlant. “We are definitely pumped up for tomorrow. We will go into the match with no pressure on our backs.”

Following their win in doubles, the Bucs received three straight set victories to clinch the match. Melissa Esguerra (Derrimutt, Austrailia) got things started winning her 16th match of the season. After the victory by Esguerra, Lyn Yee Choo (Kuching, Malaysia) made it 3-0 Bucs with a 6-4, 6-1 win over the Mocs’ top singles player, Kayla Jones. Freshman Marina Espana (Castellar Del Valles, Spain) clinched the match for ETSU and in doing so improved to 19-0 in singles this season.