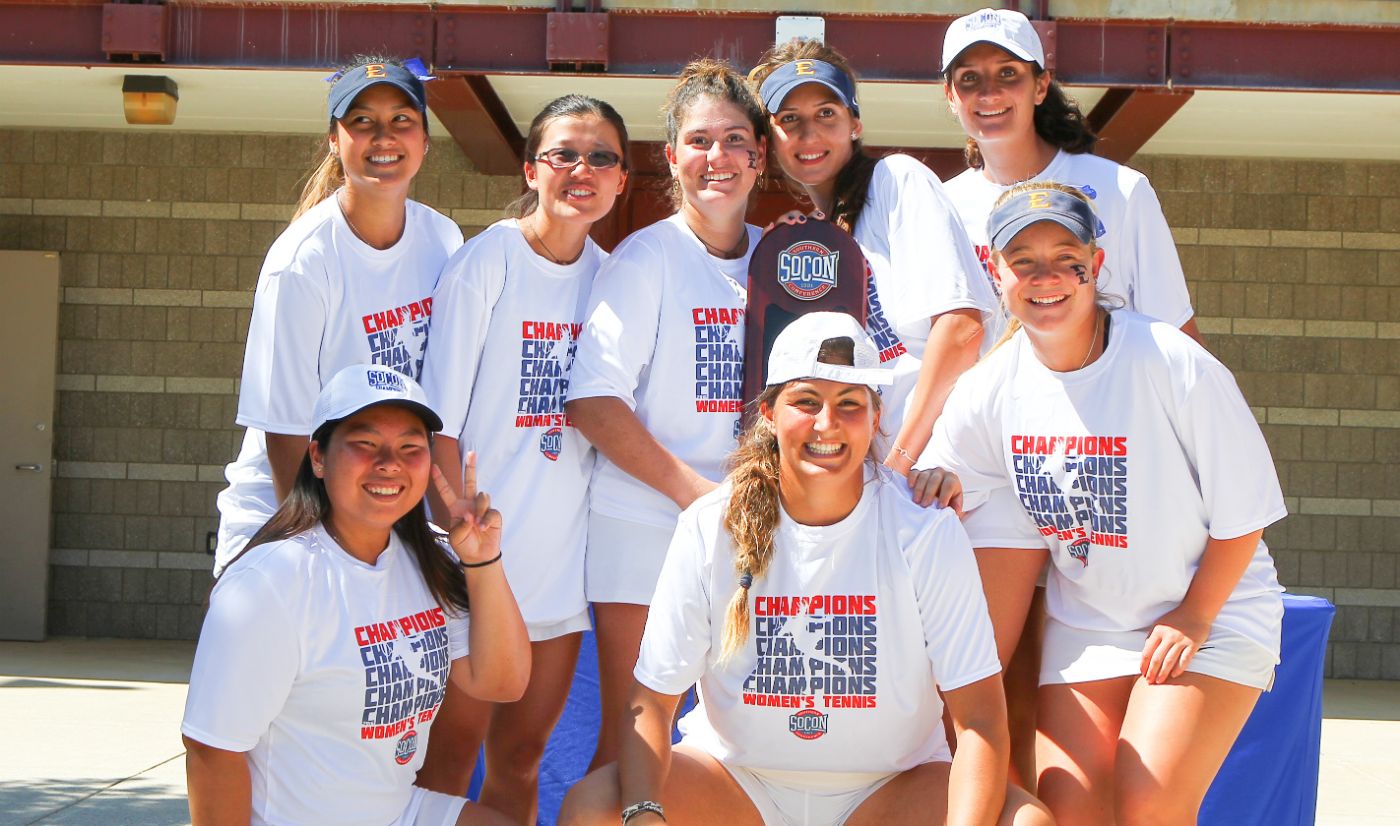 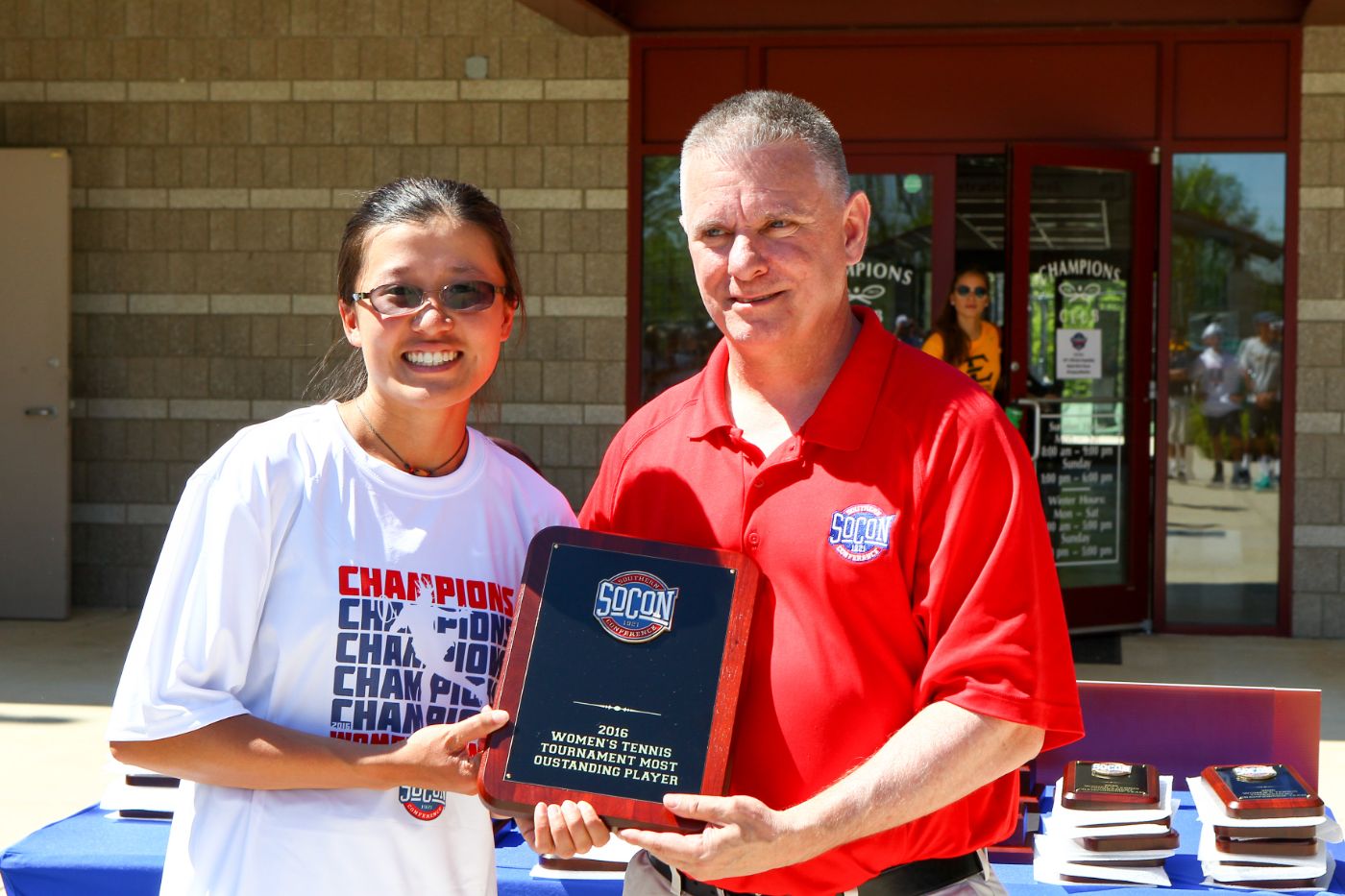 CHATTANOOGA, Tenn. (April 24, 2016) – The ETSU women’s tennis team made history Sunday afternoon in Chattanooga as the Bucs shut out Samford, 4-0, to capture their first ever Southern Conference Tournament Championship. With the win the Bucs have locked up the conference’s automatic bid into the NCAA Tournament. It will be the team’s first appearance in the tournament since 2014 and the fifth in the program’s history.

“It is a great win to clinch our first SoCon title,” said ETSU Head Coach Travis Sandlant. “Samford made us work extremely hard and play at a high level. We had a total team effort throughout the tournament. We were disappointed last week and we knew that we had a point to prove which gave us more motivation today.”

As they have done in all but four matches this season, the Bucs began the match by winning the doubles point. Regina Nychytailova (Maripol, Ukraine) and Melissa Esguerra (Derrimutt, Australia) picked up a 6-3 win to get things started and then Marina Espana (Castellar Del Valles, Spain) and Ioanna Markesini (Athens, Greece) finished it off with a 6-3 win of their own.

ETSU extended its lead quickly thanks to seniors Lyn Yee Choo (Kuching, Malaysia) and Ana Gerbasi (Caracas, Venezuela) picking up wins out of the No. 1 and No. 6 positions. Following the wins by Choo and Gerbasi, Markesini would clinch the match for ETSU with a 6-3, 6-3 win over Savannah Wood.

Following the tournament, Choo was named the tournament’s Most Outstanding Player. Choo, who also tied the program record in singles wins Sunday, was also honored with the same award following the 2014 Atlantic Sun Tournament.

The Bucs, now 20-2 overall, will have over a week to rest up before learning their next opponent. The NCAA Tournament selection show will be May 3rd at 5 p.m. and will air solely on NCAA.com. Stay tuned to etsubucs.com as more details become available.