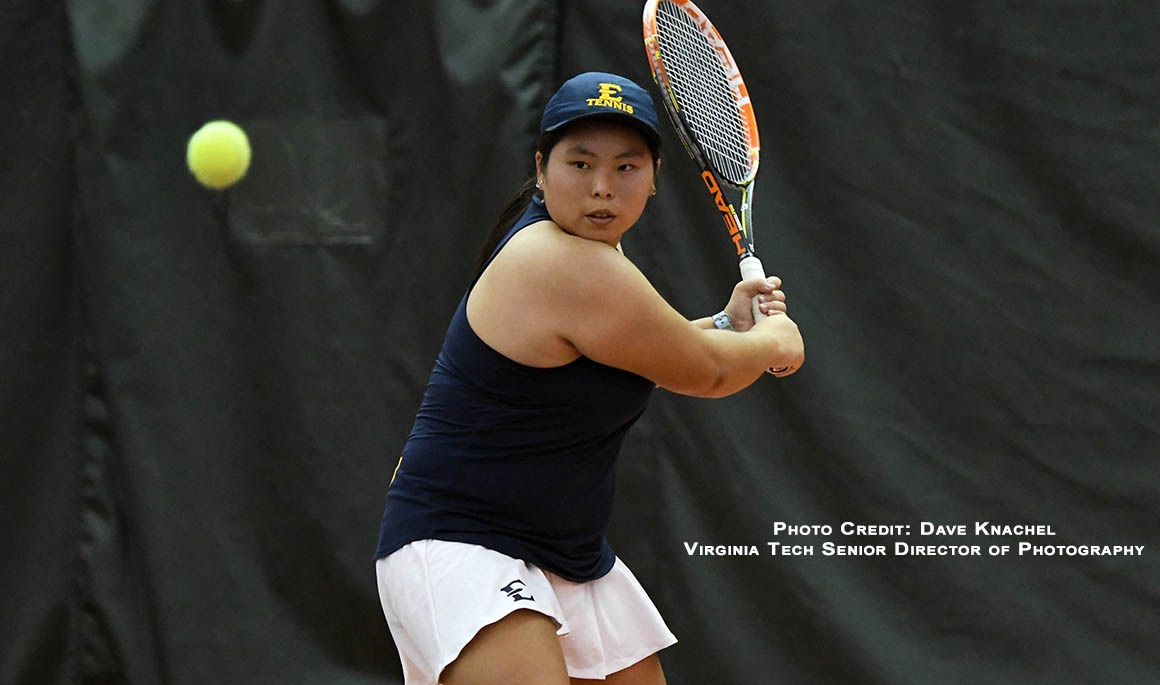 Ma and Marina Guinart Espana (Castellar Del Valles, Spain) were the lone Buccaneers to win in singles play, and the duo did so by taking their opponents into three sets. Ma won her first set 6-4 but lost the second, 2-6. She ultimately rebounded in the third set winning 10-5. Guinart found momentum in the second set as she won the final two sets to take the match.

Melissa Esguerra (Derrimutt, Australia) was the third Buccaneer to take her challenger into three sets. Esguerra blanked Disbergen 6-0 in the second set but was eventually defeated 10-5 in the third.

ETSU looks to rebound at a neutral site as the Bucs will take on Troy tomorrow at 10 a.m. in Blacksburg.