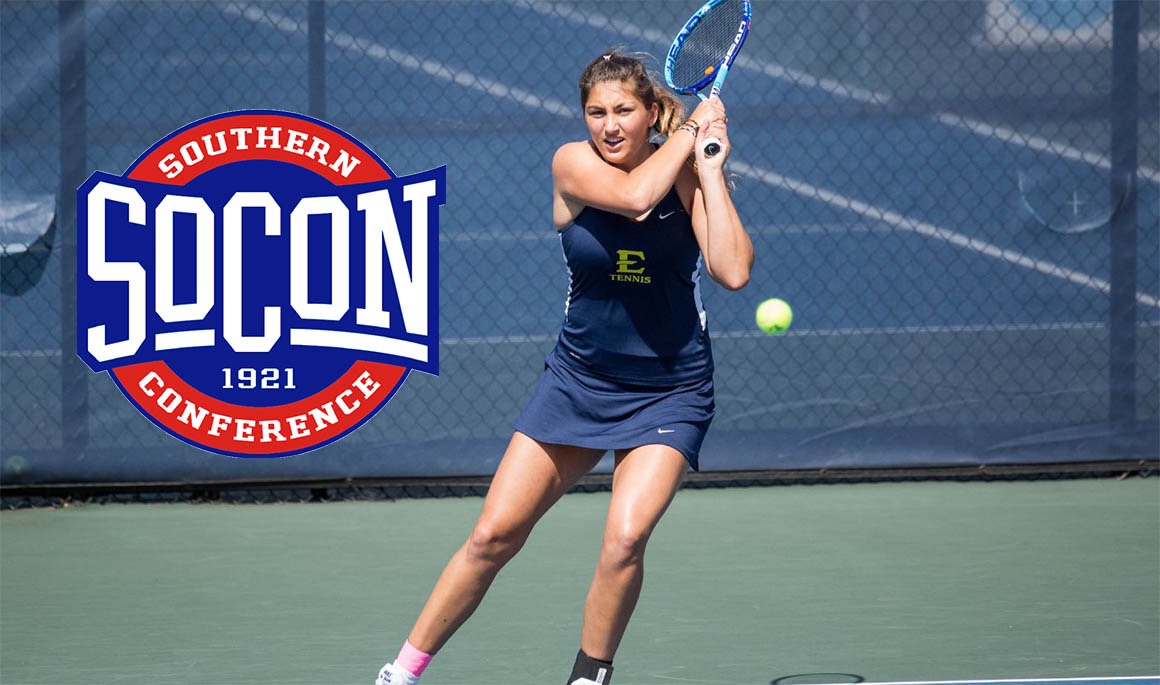 SPARTANBURG, S.C. (Jan. 25, 2017) – For the first time in her career, Marina Guinart (Castellar Del Valles, Spain) was named the SoCon Student-Athlete of the Week for her performance in the classroom and on the tennis court.

The sophomore boasts a 3.714 cumulative GPA, while she pursues her degree in management at ETSU.

Guinart went 3-1 in singles and doubles play this weekend in a round robin tournament at Virginia Tech. She opened the tournament going 1-1 against Virginia Tech including a singles match win against Elena Cerezo-Codina, who was ranked in the Intercollegiate Tennis Association (ITA) for four weeks last year.

On Sunday, the Bucs faced off against Troy where Guinart went a perfect 2-0. She opened the dual match with a 6-3 doubles victory with teammate Ioanna Markesini (Athens, Greece). Guinart continued her perfect singles record with a 6-1, 6-2 victory over Hannah Seizer.

Since the Spain native started at ETSU last year, Guinart is an impressive 21-0 in singles play. She posted a 19-0 record in her rookie season including going 7-0 in SoCon play.

Guinart and the Bucs will hit the court for their next match on February 4 at Liberty. The head-to-head match is scheduled for 10 a.m.